Renée Kathleen Zellweger was born on April 25, 1969, in Katy, Texas, Her mother, Kjellfrid Irene (Andreassen), is a Norwegian-born former nurse and midwife, of Norwegian, Kven (Finnish), and Swedish descent. Her father, Emil Erich Zellweger, is a Swiss-born engineer. The two married in 1963. Renée has a brother named Drew Zellweger, a marketing executive born on February 15, 1967. Renée got interested in acting in high school while working on the drama club. She also took an acting class at the University of Texas (Austin), where she began looking towards acting as a career. After graduation, she wanted to continue acting, but Hollywood is a tough town to break into, so Renée decided to stay in Texas, and auditioned for roles around Houston, where she managed to grab roles in such films as Reality Bites (1994) and Empire Records (1995).While on the set for the sequel, Texas Chainsaw Massacre: The Next Generation (1994), she befriended Matthew McConaughey, another Hollywood up-and-comer. He was working on a project at the time that Renée was interested in, auditioned for, and won the role in the film Love and a .45 (1994), which earned her enough critical praise that she decided to move to Los Angeles. Another role in The Whole Wide World (1996) followed which led to her big break. Cameron Crowe was busy casting his next film, Jerry Maguire (1996),starring Tom Cruise. Crowe was considering such actresses as Cameron Diaz, Bridget Fonda, Winona Ryder, and Marisa Tomei, when he heard of Zellweger’s performance in The Whole Wide World (1996). He auditioned Zellweger and was sure he’d found his Dorothy Boyd.Renée followed her huge success with a few small independent films and after receiving further critical praise, she felt confident enough to reenter the world of big-budget Hollywood films. She starred opposite Meryl Streep in the tear-jerker One True Thing (1998). She also took a role in Me, Myself & Irene (2000), opposite Jim Carrey, and soon after began dating Carrey. The two denied their relationship at first, but finally gave in and admitted it; today they are no longer together. Also in 2000, she starred in the title role in Nurse Betty (2000), where she won a Golden Globe for Best Actress in a Comedy/Musical. In 2001, she received even more critical and commercial success in the title role in Bridget Jones’s Diary (2001). She received her first Academy Award nomination for her role, which was followed by her second Oscar-nominated role in the musical Chicago (2002). She then again wowed audiences with her fierce yet warm portrayal of Ruby Thewes in the film adaptation of Cold Mountain (2003), which won Zellweger an Oscar for Best Supporting Actress, which was her first Academy Award. She won her second, for Best Actress, 16 years later, playing Judy Garland in Judy (2019). 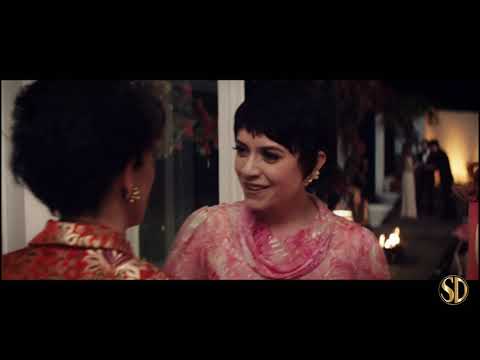 Kim K. Was Worried When She Reached 120 Lbs Amid Met Gala Weight Loss