One of the original actors in the “mumblecore” movement of American indie cinema in the early 2000s, Katie Aselton (birthname: Kathryn Aselton) has expanded her artistic activities over time to include writing, directing, and producing. She made her debut in future husband Mark Duplass’ (with co-filmmaker brother Jay) The Puffy Chair (2004), which made a smash premiere at the Sundance Film Festival.

Her next significant indie appearance was in Kyle Patrick Alvarez’s Easier with Practice (2009), followed by Matthew Matzdorff’s Feed the Fish (2009), with Tony Shalhoub. Katie Aselton stepped up to star-director-writer status with her filmmaking debut, The Freebie (2010), with Dax Shepard, marking another notable premiere at the Sundance Film Festival. Aselton joined the ensemble of Jesse Peretz’s indie comedy, Our Idiot Brother (2011), with Paul Rudd, Elizabeth Banks, Zooey Deschanel, and Emily Mortimer.

Asleton co-starred with Jason Segel and Ed Helms in the Duplass Brothers’ Jeff, Who Lives at Home (2011). Aselton made her second feature as star-writer-director with Black Rock (2012), this time a major change of pace in the horror-thriller genre, co-starring with Lake Bell and Kate Bosworth. Aselton joined the cast of Matthew McConaughey and Naomi Watts in Gus Van Sant’s The Sea of Trees (2015), followed by actor Joel Edgerton’s directing debut, The Gift (2015), with Jason Bateman and Rebecca Hall.

In a change of pace, Katie Aselton led the indie cast of the horror-comedy, Deep Murder (2018), followed by Noble Jones’ writing and directing debut (and yet another Sundance premiere), the cosmic drama The Tomorrow Man (2019), with John Lithgow, Blythe Danner. Aselton was cast in another distinguished ensemble with director-producer-star Edward James Olmos, The Devil Has a Name, including David Strathairn, Kate Bosworth, Pablo Schreiber, Alfred Molina, Haley Joel Osment, and Martin Sheen. 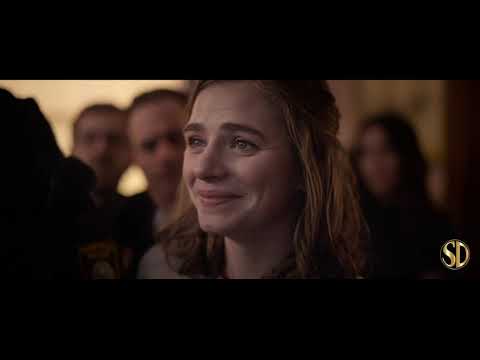 Born and raised in Milbridge, Maine, Katie Aselton was raised by her parents Carl and Ora Aselton. Aselton competed in beauty contests in her teen years, winning Miss Maine Teen in 1995, and reaching runner-up placement in Miss Teen USA in 1995. She is a graduate of Narraguagus High School in the Maine town of Harrington and then attended Boston University for two years, with a Communications major.

She moved to Los Angeles, and then studied drama and acting in New York. Katie Aselton graduated from the American Academy of Dramatic Arts in 2004. Aselton has been married to filmmaker Mark Duplass since 2006; the couple has two children, Molly and Ora Duplass. Her brother-in-law is filmmaker Jay Duplass. Her height is 5’ 7”. Aselton’s net worth (combined with husband Mark Duplass) is $12 million.

Some Facts About Katie Aselton

What’s In a Name?: Katie Aselton used her birthname of “Kathryn” until 2011 when she was cast in Our Idiot Brother as “Katie.”

Katie, Unplugged: Aselton has informed interviewers that she is “a very talented belcher. Very deep and bassy.”

Diane Keaton Explains Why She Calls Herself an ‘Idiot,’ Saying No to Psychede...

Diane Keaton Explains Why She Calls Herself an ‘Idiot,’ Saying No to Psychede...

What To Watch This Weekend On Netflix, HBO Max, Paramount+ And In Theaters

‘Mack and Rita’ director Katie Aselton lightens up (with the help of Diane Ke...