James Cameron (birthname: James Francis Cameron) is one of the most successful filmmaking impresarios of his generation. As the maker of the first two movies to gross over $1 billion each at the global box-office—Titanic (1998) and Avatar (2009), the second highest-grossing film of all time as of mid-2022 (adjusted for inflation, after Gone with the Wind (1939) with a global gross of more than $3 billion—Cameron has been a driver of technological breakthroughs in Hollywood filmmaking for at least the past 25 years.

This impact can be viewed as making up for his lack of features as writer-director-producer: James Cameron has made only seven significant films in all or most of those roles, and stepped away entirely from the creative side of feature narrative filmmaking from 2009, when Avatar was completed, until 2022, with the completion of its sequel, Avatar: The Way of Water, whose December release was preceded by a September 2022 re-release of Avatar, starring Zoe Saldana, Sam Worthington, Stephen Lang, Michelle Rodriguez, and Sigourney Weaver.

After teaching himself the techniques and then-current technologies of filmmaking, James Cameron made his own short film, Xenogenesis (1978), which landed him jobs with indie producer Roger Corman, for whom he worked as a production assistant, set dresser assistant, miniature designer, art director and photographer on several films, starting with Rock n’ Roll High School (1979). After doing effects work in John Carpenter’s Escape from New York (1981) and other Corman assignments, James Cameron was hired to take over the direction of Piranha II: The Spawning (1982), with Lance Henriksen, on which Cameron shares a script credit though he lacked any creative control. Though Cameron had disowned the film, he eventually acknowledged it as his feature debut.

Two years later in 1984, James Cameron made his proper entry onto the main stage of Hollywood filmmaking with his first original feature as writer-director, The Terminator (1984), making Arnold Schwarzenegger a top international action star, with Michael Biehn, Linda Hamilton, and Paul Winfield, and grossing $78 million on a $6.4 million budget. Because of shooting delays on The Terminator, Cameron was able to write the scripts for Rambo: First Blood Part II (1985), starring Sylvester Stallone, and also Aliens (1986), another sequel, in this case for Ridley Scott’s Alien (1979).

It was the much-delayed Aliens that was James Cameron’s next project as writer-director, earned on the success of The Terminator, and starring Sigourney Weaver (nominated for a Best Actress Oscar), Biehn, Paul Reiser, and Lance Henriksen, grossing over $183 million worldwide. Cameron’s second original feature as writer-director was The Abyss (1989), which reflected Cameron’s lifelong fascination with deep-sea oceanography and deployed many new visual high-tech developments and starred Ed Harris, Mary Elizabeth Mastrantonio, and Biehn. While winning the Oscar for Best Visual Effects, The Abyss grossed a modest $90 million. Cameron retooled the film for a 1993 re-release, which was received as a far-improved version of the original.

For the first time with the sequel, Terminator 2: Judgment Day (1991), James Cameron was writer-producer-director, reuniting Schwarzenegger and Hamilton with newcomer Robert Patrick, for what was then budgeted as the most expensive movie yet made (an estimated $102 million, a $96 million bump from the first movie). The film eventually grossed globally an estimated $521 million, making it then the third-highest-grossing film ever, and establishing Cameron as the maker of huge-budget/huge-grossing productions.

After executive producing the hit Point Break (1991), with Keanu Reeves and Patrick Swayze, James Cameron returned as writer-director-producer of the mega-hit, True Lies (1994), starring Schwarzenegger, Jamie Lee Curtis, Tom Arnold, Bill Paxton, and Tia Carrere, and earning over $378 million worldwide (and the second movie, after Cameron’s Terminator 2, to cost more than $100 million to make). The next year, Cameron co-wrote (with ex-critic Jay Cocks) and produced the intense sci-fi thriller, Strange Days (1995), directed by Kathryn Bigelow (with whom Cameron was married from 1989 to 1991) and starring Ralph Fiennes, Angela Bassett, and Juliette Lewis.

James Cameron rewrote the Hollywood filmmaking industry with his massively popular romantic spectacle, Titanic (1997), turning Leonardo DiCaprio and Kate Winslet into international superstars, with a supporting cast including Billy Zane, Kathy Bates, Frances Fisher, Bernard Hill, and Bill Paxton. Few movies in the contemporary era have captured the popular imagination and triggered such impassioned love as Titanic, which became the highest-grossing film of all time (excluding Gone with the Wind) until it was toppled by…Cameron’s next movie: Once again, while holding yet again the record for the most expensive movie ever (an estimated $200 million), his movie also broke global box-office records with a take of over $2.2 billion (including all subsequent re-releases).

Titanic tied All About Eve (1950) for the highest number of Oscar nominations—14—and tied Ben-Hur (1959) for total Oscar wins—11—including Best Picture and Best Director. Notably, James Cameron not only wrote, produced, and directed, but he also shared primary film editing credit, as well as director of photography for the deep dive sequences. Cameron then took a filmmaking break, serving only as a producer on Steven Soderbergh’s remake of Andrei Tarkovsky’s sci-fi masterwork, Solaris (2002), which he had initially considered directing.

From 2003 to 2006, James Cameron devoted himself purely to non-fiction filmmaking mostly about the deep ocean, first as writer/director/producer/editor/presenter (as well as a camera system designer) for Ghosts of the Abyss (2003); as executive producer on Volcanoes of the Deep Sea (2003); as an on-camera guest on The Cutting Edge: The Magic of Movie Editing (2004) and Explorers: From the Titanic to the Moon (2006); and as co-director (with Steven Quale), producer/editor/editor/presenter on Aliens of the Deep (2005).

This break also provided a time to ramp up for Cameron’s next mega-production and his most successful film to date, Avatar (2009). Marking a new kind of visual blend of live-action and digitized motion-capture and visual effects, Avatar marked James Cameron’s most ambitious project, evolving from an 80-page treatment written in 1994 into a project costing an estimated $310 (production) and $150 million (promotion), and earning an eventual estimated global gross (including a 2021 re-release in Mainland China) of over $3 billion, an astounding number surpassing even Avengers: Endgame (2019), which had temporarily claimed the top-grossing record spot.

That box-office number increased in 2022, with the remastered, technically upgraded Avatar re-released theatrically. So extraordinary was the success of Avatar that it ensured multiple sequels scheduled as far ahead as 2026, including Avatar: Way of the Water, Avatar 3 (2024), and Avatar 4 (2026).

After Avatar, James Cameron devoted a remarkable amount of time to side projects, including deep-ocean explorations, oceanographic research, and executive producing several non-fiction films about the sea, the environment—and, with the 2021 film, The Six–the Titanic. With co-writer Laeta Kalogridis, Cameron co-wrote Alita: Battle Angel (2019), based on the Japanese cyberpunk manga, Gunnm, by Yukito Kishiro, and directed by Robert Rodriguez.

During this period, however, James Cameron was preparing an extraordinary period of sustained production for the second, third, and fourth Avatar films in the series, starting with Avatar: The Way of Water, for the Christmas 2022 release, reuniting original cast members Saldana, Worthington, Weaver, and Lang, with new cast members Kate Winslet, Michelle Yeoh, Cliff Curtis, Giovanni Ribisi, CCH Pounder, and Edie Falco. 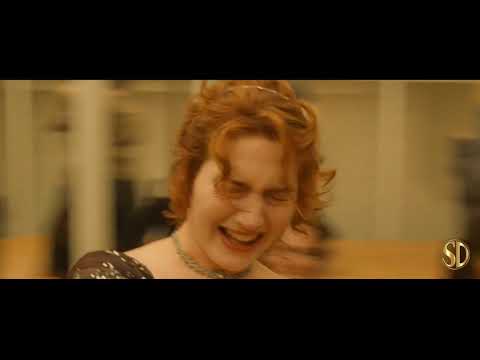 James Cameron Talks Avatar Sequels and Secrets of the Whales

James Cameron was born and raised in the Canadian town of Kapuskasing, Ontario, by his parents Phillip, an electrical engineer, and artist-nurse Shirley Cameron. Cameron has four siblings, including brothers John and Mike Cameron. Cameron’s schooling included Stamford Collegiate, a college prep school in Niagara Falls, Ontario. When his family moved from Ontario to the Los Angeles-area suburb of Brea, Cameron attended Sonora High School in La Habra and graduated from Brea Olinda High School in Brea.

Cameron attended California State University, Fullerton (then Fullerton College) in Fullerton, California, but dropped out of college after switching his major from Physics to English and was unsure of his career direction. He turned to truck driving and janitor work while writing on the side, but taught himself filmmaking techniques and technology by watching films and studying on his own at the library of the film school at the University of Southern California.

Some Facts About James Cameron

Strong Convictions: As a boy, James Cameron refused to recite “The Lord’s Prayer” in church, likening it to a “tribal chant.” AKA: Cameron’s nickname is “Iron Jim.”

Judgment Day: Although it spawned four feature sequels and a TV series, Cameron considers his own sequel, Terminator 2: Judgment Day to be the true finale of the series, dismissing the remaining parts of the franchise.

Businessman: James Cameron is the owner of his production company, Lightstorm Entertainment, and co-founder of the visual effects company, Digital Domain.

Storytelling Quirks: As a screenwriter, James Cameron structures his stories in five acts rather than the conventional three-act structure of most Hollywood screenplays. As a storyteller, despite his filmmaking obsession with technology, Cameron’s stories are full of cautionary warnings of the dangers of human reliance on technology.

Playing Himself: Cameron has played himself several times on film and television, most notably on an episode of the sitcom Mad About You (1998), in Albert Brooks’ clever Hollywood comedy, The Muse (1999), and in four episodes of HBO’s Entourage (2005-2006), which depicted Cameron as a working filmmaker.