Ewan Gordon McGregor was born on March 31, 1971 in Perth, Perthshire, Scotland, to Carol Diane (Lawson) and James Charles McGregor, both teachers. His uncle is actor Denis Lawson. He was raised in Crieff. At age 16, he left Morrison Academy to join the Perth Repertory Theatre. His parents encouraged him to leave school and pursue his acting goals rather than be unhappy. McGregor studied drama for a year at Kirkcaldly in Fife, then enrolled at London’s Guildhall School of Music and Drama for a three-year course. He studied alongside Daniel Craig and Alistair McGowan, among others, and left right before graduating after snagging the role of Private Mick Hopper in Dennis Potter’s six-part Channel 4 series Lipstick on Your Collar (1993). His first notable role was that of Alex Law in Shallow Grave (1994), directed by Danny Boyle, written by John Hodge and produced by Andrew Macdonald. This was followed by The Pillow Book (1996) and Trainspotting (1996), the latter of which brought him to the public’s attention.He is now one of the most critically acclaimed actors of his generation, and portrays Obi-Wan Kenobi in the first three Star Wars episodes. McGregor is married to French production designer Eve Mavrakis, whom he met while working on the television series Kavanagh QC (1995). They married in France in the summer of 1995, and have four daughters. McGregor formed a production company, with friends Jonny Lee Miller, Sean Pertwee, Jude Law, Sadie Frost, Damon Bryant, Bradley Adams and Geoff Deehan, called ‘Natural Nylon’, and hoped it would make innovative films that do not conform to Hollywood standards. McGregor and Bryant left the company in 2002. He was awarded Officer of the Order of the British Empire in the 2013 Queen’s New Years Honours List for his services to drama and charity.Ewan made his directorial debut with American Pastoral (2016), an adaptation of Philip Roth’s book, in which Ewan also starred.In 2018 McGregor won an Golden Globe for his work in the TV Series Fargo. 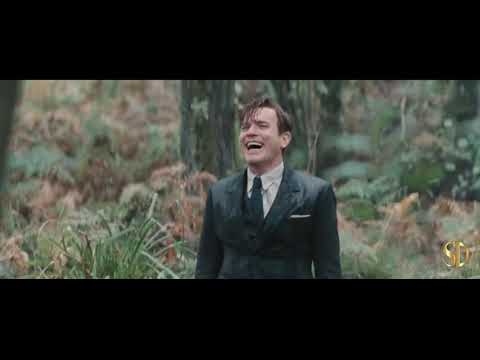 Filming for an indie movie starring an Oscar winner gets u...

New Movies To Watch On Netflix, Hulu, Apple TV+ And In Theaters

What's making us happy: A guide to your weekend viewing and reading

Ewan McGregor nearly turned down Star Wars as it was too mainstream, saying h...