It’s exceptional enough to reach the top of a highly competitive profession—say, pro wrestling, or, if you will, movie star. Dwayne Johnson (birthname: Dwayne Douglas Johnson) is the only human being to have reached the top of both, as measured by audiences, fan base, and ticket sales. He certainly can make a case for being one of the most popular figures in both pop and sports culture, with only Arnold Schwarzenegger (one of Johnson’s idols) as a close comparison.

Long ago shedding his pro wrestling moniker “The Rock,” Johnson’s ability to match in the movie business his total dominance of the World Wrestling Federation and global pro wrestling (particularly from 1996 to 2004, though he also wrestled some during 2011-2013 and as late as 2016) was never a certain thing. But Johnson is now in the rarified air of being only one of two actors (along with Tom Cruise) who can be considered truly bankable, the closest thing there is to a sure bet as an above-the-title star. By all measures, he now commands the highest per-film salary in the movie business.

Unlike in his remarkable pro wrestling phase, when he literally made the sport-entertainment a major, mass-market show business phenomenon as the avatar and key figure of WWF’s (now WWE) huge “Attitude Era,” Dwayne Johnson entered the movie world in what was possibly the start of the great Decline of the Movie Star at the turn of the 21st century. And yet, when he debuted as The Scorpion King in The Mummy Returns (2001), with Brendan Fraser and Rachel Weisz, his impact was so immediate that Universal Pictures immediately greenlit Johnson’s own The Scorpion King (2002), with Kelly Hu and Michael Clark Duncan, with the instant movie star’s face dominating the poster.

Ever since, over two decades, Johnson has been the star or co-star of virtually every movie in which he’s appeared. Early on, as in Peter Berg’s The Rundown (2003) and the remake of Walking Tall (2004), Johnson was cast as rather an obvious type. But he soon made more creative choices, such as F. Gary Gray’s version of Elmore Leonard’s Get Shorty follow-up, Be Cool (2005), with John Travolta and Uma Thurman, and one of his most daring movies—and a rare box-office bomb—Richard Kelly’s surrealist SoCal epic, Southland Tales (2006), with Seann William Scott, Sarah Michelle Gellar, and Justin Timberlake.

He followed this with his first serious dramatic starring role in Phil Joanou’s Gridiron Gang (2006), with Xzibit, and the first of several broader comedies geared for younger viewers, Disney’s The Game Plan (2007), with Kyra Sedgwick. He shared the screen with Steve Carell and Anne Hathaway in Peter Segal’s feature version of Get Smart (2008), earning over $230 million worldwide. Though the worldwide take of Johnson’s next Disney movie, The Race to Witch Mountain (2008) was about half that total, it was a hit and solidified Dwayne Johnson as Disney’s go-to live-action star and the undisputed champion of kiddie movies.

This title was successfully defended with 20th Century Fox’s family comedy, Tooth Fairy (2010), with Ashley Judd and Julie Andrews. Dwayne Johnson returned to the action movie genre with George Tillman Jr.’s Faster (2010), with Billy Bob Thornton. Johnson’s position as a major star received a further boost in 2011—his first foray as Agent Luke Hobbs in the Fast & Furious franchise, with Fast Five—and in 2012, with his first movie in a star-producer role in Journey 2: The Mysterious Island (the sequel to the 2008 hit Journey to the Center of the Earth), grossing $335 worldwide.

Dwayne Johnson returned to the friendly confines of Disney with a voice performance in the animated Moana (2016), with Auli’i Cravalho (his first movie touching on his Samoan/Polynesian roots), and returned again as Hobbs in F. Gary Gray’s The Fate of the Furious (2017), with Jason Statham and Vin Diesel, grossing $1.23 billion—yet another billion-dollar-plus earner for Johnson.

With Baywatch (2017), co-starring Zac Efron, Johnson’s larger-than-life entertainments began to be made consistently with Johnson as producer, including his entry into yet another hit franchise, Jumanji: Welcome to the Jungle (2017), with Hart, Jack Black, and Karen Gillan; Brad Peyton’s monster movie, Rampage (2018), with Naomie Harris; one of Johnson’s few box-office failures, Rawson Marshall Thurber’s Skyscraper (2018), with Neve Campbell; the lower-budget dramatization of a true-life sports story, Fighting with My Family (2019), with Florence Pugh and Lena Headey; a somewhat lower-grossing Fast & Furious franchise entry, Hobbs & Shaw (2019), with Johnson facing off directly Statham; the second entry in the Jumanji enterprise, Jumanji: The Next Level (2019), earning over $800 million globally; a somewhat disappointing live-action Disney project that commercially under-performed, Jaume Collet-Serra’s Jungle Cruise (2021), with Emily Blunt; and the art-heist thriller Red Notice (2021), which was released via Netflix, with Ryan Reynolds and Gal Gadot, and is the first of two additional sequels reuniting Johnson with Reynolds and Gadot.

Johnson’s astonishing run as star producer continued in 2022 with Warner Animated’s DC League of Super-Pets, co-starring Hart, and another DC Comics franchise entry, and Shazam! a spin-off, Black Adam (directed by Collet-Serra), set up as Dwayne Johnson’s next major franchise.

Dwayne Johnson’s upcoming projects are a mix of original movies (Jake Kasdan’s Red One (2023), with Chris Evans), and the Robert Zemeckis/Randall Wallace biopic of Hawaii’s revered King Kamehameha, The King (date to be announced)); and Shane Black’s DC superhero movie, Doc Savage (date to be announced); sequel (Brad Peyton’s San Andreas 2, with Paul Giamatti); and remake (a reboot of John Carpenter’s 1986 Big Trouble in Little China, written by Ashley Miller, with a date to be announced). 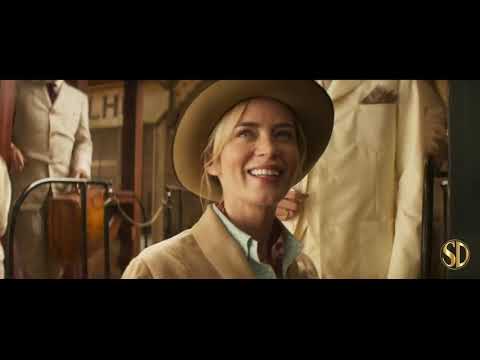 A Hayward, Ca. native, Dwayne Johnson was raised by parents Ata (who is Samoan) and pro wrestler Rocky Johnson (who is Black, born in Nova Scotia, Canada). He is a member of pro wrestling’s most notable family, the Anoa’i Family from American Samoa. Johnson earned a Bachelor of General Studies at the University of Miami, where he achieved great fame as a star college football player.

His NFL career was thwarted by a back injury. After one year in the Canadian Football League, Johnson left football behind for massive international fame in pro wrestling. Johnson’s first marriage, to bodybuilder and businesswoman Dany Garcia, was from 1997 to 2008, when they divorced; he is currently married to Lauren Hashian, since 2019. He has three children: Simone (born with Garcia), and daughters Jasmine and Tiana (born with Hashian). His height is 6’ 5”. Johnson’s estimated net worth is $800 million.

Fighting with My Family

Jumanji: The Next Level

Jumanji: Welcome to the Jungle

The Fate of the Furious

Some Facts About Dwayne Johnson

Record-Holder: Dwayne Johnson is the first pro wrestler to win the WWE World Heavyweight Championship eight times. He is also one of the few wrestlers to hold titles in the WWF and WCW.

G-Rated: Johnson has starred in only a handful of movies rated R, including Southland Tales, Pain & Gain, and Baywatch. The vast majority of his filmography comprises movies rated G, PG, or PG-13.

Donor: Dwayne Johnson has donated millions of dollars to his alum university, the University of Miami.

Dual Citizen: Johnson is a citizen of the United States and Samoa, his mother.

Top Earner: Dwayne Johnson commands the highest salary in Hollywood, earning over $64 million during the period of 2015-2016 as reported by Forbes Magazine, and sets his per-movie salary at above $20 million, the highest in the film industry.

Breaking Down Mental Health In The Entertainment Industry Post Pandemic