Few major Hollywood actors are so closely identified with a single role as Chris Hemsworth (birthname: Christopher Hemsworth). The bottom line? Hemsworth is Thor, one of the most prominent characters in the Marvel Cinematic Universe, and a role so all-encompassing that it accounts for nearly half of his feature film credits and an even greater percentage when including all of his Thor-related short videos, game videos, and animated series.

He returned in 2022 for his ninth Thor film, under Taika Waititi’s direction, Thor: Love and Thunder, with Natalie Portman, Christian Bale, Waititi, Jaimie Alexander, and Karen Gillan. After five years working in Australian TV, including the long-running series Home and Away (2004-2007), Chris Hemsworth landed the role of Capt. Kirk’s son in the movie reboot directed by J.J. Abrams, Star Trek (2009). Hemsworth soon after won the intensely competitive casting of Thor (2011) in the launch of one of the biggest MCU franchises, fundamentally altering the course of his career.

From 2011 to 2022, Hemsworth appeared in many MCU movies as Thor, as either star or as part of the ensemble. That was the case with Joss Whedon’s The Avengers (2012), the inaugural entry in the saga of the key MCU superheroes with Robert Downey Jr., Chris Evans, Mark Ruffalo, Scarlett Johansson, and Jeremy Renner. Hemsworth resumed his leading man berth in Thor: The Dark World (2013) with the regular ensemble of Portman, Tom Hiddleston, Anthony Hopkins, Idris Elba, and Jaimie Alexander. Hemsworth reunited with writer-director Whedon for Avengers: Age of Ultron (2015), with new cast members Elizabeth Olsen, Paul Bettany, and Anthony Mackie.

Five after the previous Thor adventure, Hemsworth returned as the big guy in Thor: Love and Thunder in 2022, again directed by Waititi. The combined worldwide box office for the MCU movies starring and co-starring Hemsworth has earned a worldwide gross (prior to the release of Thor: Love and Thunder) of $9.6 billion. Chris Hemsworth has played roles in two other series: First, as Eric the Huntsman in the Brothers Grimm-inspired Snow White and the Huntsman (2012), with Charlize Theron, Kristen Stewart, and Ian McShane, and the prequel-sequel The Huntsman: Winter’s War (2016), with new cast members Emily Blunt and Jessica Chastain.

The pair of films globally earned a combined $510 million. The second non-Thor series for Hemsworth is Netflix’s black ops action thriller, Extraction (2020), written by Avengers co-directors Anthony and Joe Russo, followed by Extraction 2 (2023), both of which Hemsworth served as star and producer. Beyond the franchises, Chris Hemsworth’s standalone movies have naturally tended toward the action-thriller vein but generally failed to catch fire at the box office, suggesting that outside of his role as Thor, Hemsworth is not necessarily a bankable star.

The highlights in this group include Michael Mann’s most recent feature, the thriller Blackhat (2015), a fascinating and complex film that was, unfortunately, a box-office bomb; Ron Howard’s deep sea adventure dramatizing the true events that inspired Moby-Dick, In the Heart of the Sea (2015), with Cillian Murphy, Tom Holland, Ben Whishaw, and Brendan Gleeson; yet another big-time release and box-office bomb for Hemsworth (albeit not as a star) was Paul Feig’s panned reboot of Ghostbusters (2016), with Melissa McCarthy, Kristen Wiig, Kate McKinnon, Leslie Jones, and Andy Garcia. 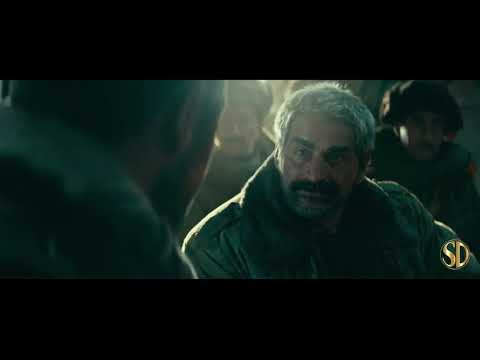 Melbourne-born Chris Hemsworth was raised by his teacher-mother, Leonie, and his social services counselor-father, Craig Hemsworth. His brothers are movie stars Liam and Luke Hemsworth. His family moved multiple times, settling near Melbourne, where Hemsworth attended school. Hemsworth attended the secondary college, Heathmont College. He has been married to Spanish actor/model Elsa Pataky since 2010; the couple has three children, Sasha, Tristan, and India Rose. His height is 6’ 3”. His estimated current net worth is $130 million.*

In the Heart of the Sea

The Cabin in the Woods

Some Facts About Chris Hemsworth

Wage Increase: While Chris Hemsworth earned $150,000 for his starring role in the original Thor, he received $20 million in 2022 for his ninth Thor movie, Thor: Love and Thunder.

Distinguished Aussie: Hemsworth was made a Member of the Order of Australia for the 2021 birthday of Queen Elizabeth.

Science Declares Chris Hemsworth Is Only the Second Most Handsome Man in the ...