With her fluid cross-Atlantic voice, cutting intelligence and large eyes, Anya Taylor-Joy (birthname: Anya-Josephine Marie Taylor-Joy) is an actor who seems to effortlessly own the screen and catch the viewer’s attention. Her career has been superbly managed, with her ability to collaborate with strong, top-flight filmmakers (Robert Eggers, George Miller, Autumn de Wilde, Scott Frank, David O. Russell, M. Night Shyamalan, and Edgar Wright) matched by a gallery of intensely memorable performances, from her startling debut in Eggers’s first feature, Witches (2015) to her widely heralded lead roles in de Wilde’s Emma and Frank’s limited series, The Queen’s Gambit (2020).

Anya Taylor-Joy’s performances stand apart from the vast majority of her peers because she cleverly layers her roles with seemingly contradictory moods: Her characters appear to be crafty and always thinking a few moves ahead of her opposition, yet at the same time exude a moving vulnerability. The best actors convey drama and conflict from the inside out, and no one in her age group does this better than Taylor-Joy.

Shyamalan cast her in the second, and then third entries in his Unbreakable trilogy–Split (2016), opposite James McEvoy, and Glass (2019), with McAvoy and Samuel L. Jackson, while in between these projects delivered striking performances in the 2017 indie movies Thoroughbreds and Marrowbone. But it was in 2020, with the pair of Emma and The Queen’s Gambit, that catapulted Anya Taylor-Joy to the upper echelon of young actors. She followed these with a bravura performance in Wright’s Last Night in Soho. 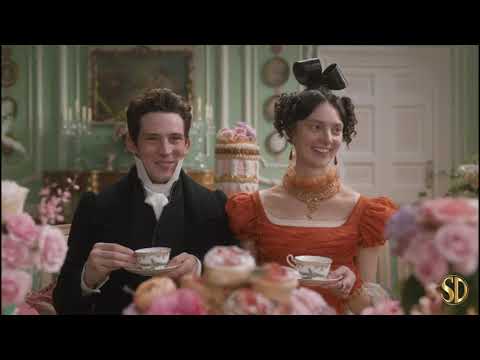 Anya Taylor-Joy’s unusual international upbringing has proven to be a major asset in her career but was a struggle for her growing up. Though born in Miami to a Scottish banker father and an Argentine-British psychologist mother, she was raised until age six in Buenos Aires with Spanish as her first language. When her family moved to London, the transition was extremely difficult for her and included countless episodes of being bullied in school.

As a child, Taylor-Joy desired to be an actor, and moved to New York as a 14-year-old, but was discovered three years later by a modeling scout in London. She studied ballet, possesses a strong singing voice, and can play the ukulele.  The subject of great frustration on tabloid sites, Taylor-Joy maintains a very private life, occasionally photographed with men but with no publicly known boyfriend. She has never married.

Some Facts About Anya Taylor-Joy

What’s in a name?: Her complete name is Anya-Josephine Marie Taylor-Joy.

Citizen of the World: Although born in Miami, Taylor-Joy was raised in Buenos Aires and London, and holds citizenship in the U.S., U.K., and Argentina. Her father, Dennis Alan Taylor, is Argentinian of Scottish and British descent, and her Zambian-born mother is the child of a British father and Spanish mother. She was raised in Buenos Aires and in Spanish and initially resisted learning English when her family relocated to London.

Discovery: Taylor-Joy was discovered by a modeling agent outside of Harrod’s department store.

Quotable quote: “I was too English to be Argentine, too Argentine to be English, too American to be anything.”

Music Video Moonlighting: Taylor-Joy has appeared in music videos featuring bands GTA and Hozier, as well as a cover performance of the Petula Clark pop song, ‘Downtown,’ timed with the release of Edgar Wright’s Last Night in Soho.

Endorsement: Chess master Garry Kasparov wrote the tribute for Taylor-Joy upon her selection by Time Magazine to its 2021 “100 Next” list of future leaders.

Anya Taylor-Joy got upstaged by her cat on 'Mad Max' prequel 'Furiosa': 'I wa...

The Making of The Menu’s ‘Deadly Serious’ Food