Angela Bassett (birthname: Angela Evelyn Bassett) is an actor with a commanding presence and regal elegance that sets her apart from nearly every other actor of her generation. Although unaccountably only once nominated for an Oscar, she is a figure drawing universal respect among actors and filmmaking colleagues and known for her portrayals of historic characters, including Dr. Betty Shabazz (Malcolm X and Panther), Tina Turner (What’s Love Got to Do with It), Janet Williams (Music of the Heart), and Rosa Parks (The Rosa Parks Story), her repeated appearances in films directed by major American indie voices Spike Lee and John Sayles, and as Ramonda in the MCU-produced Black Panther movies.

In a rare case of an actor portraying the same historical figure in two different movies made less than two years apart from each other, Bassett played Shabazz once more in a cameo in the Mario Van Peebles/Melvin Van Peebles biopic, Panther (1995), with Kadeem Hardison, Bokeem Woodbine, Joe Don Baker, and Courtney B. Vance.

Although the movie was a financial bomb, Kathryn Bigelow’s punk thriller, Strange Days (1995), with Ralph Fiennes, Juliette Lewis, Tom Sizemore, and Vincent D’Onofrio, provided Bassett with one of the most extreme and adventurous roles in her then-young career. Now having earned co-starring and face-on-the-poster status, Bassett co-starred with Eddie Murphy in Wes Craven’s vampire comedy, Vampire in Brooklyn (1995), with Kadeem Hardison, Zakes Mokae, and W. Earl Brown, which earned $35 million globally on a $14 million budget.

In one of her biggest hit movies, Angela Bassett co-starred with pop superstar Whitney Houston in debuting director Forest Whitaker’s feature version of Terry McMillan’s best-seller, Waiting to Exhale (1995), with Loretta Devine and Lela Rochon, and grossing $82 million globally. Bassett became the go-to gal for McMillan movie adaptations (this one co-written by McMillan and Ron Bass), playing the titular role in the more modestly successful

How Stella Got Her Groove Back (1998), with Taye Diggs, Regina King, and Whoopi Goldberg. Bassett joined the cast of director Robert Zemeckis’ production of Carl Sagan’s speculative fiction, Contact (1997), with Matthew McConaughey, Jodie Foster, James Woods, John Hurt, and Tom Skerritt. Bassett reunited with director Craven in a non-horror setting for the true-life story of a Harlem-based music teacher, Music of the Heart (1999), starring Meryl Streep, Aidan Quinn, and Gloria Estefan, followed by the failed sci-fi thriller, Supernova (2000), for which original director Walter Hill removed his name from the credits (for “Thomas Lee”), with uncredited re-shoots by Jack Shoulder, and a cast including James Spader, Robert Forster, and Lou Diamond Phillips.

In one of her most distinguished films to that date, Bassett co-starred with Danny Glover in the John Berry-directed, South African-produced film version of Athol Fugard’s play, Boesman and Lena (2000) and then jumped into the high-tension crime drama directed by Frank Oz, The Score (2001), opposite Robert De Niro, Edward Norton, and Marlon Brando.

Bassett entered a different world for one of her next features, the George Tillman Jr.-directed Notorious (2009), about late rapper The Notorious B.I.G. aka Biggie Smalls, and starring Jamal Woolard, Derek Luke, and Anthony Mackie, and earning double its $20 million budget for over $44 million globally. Even more successful ($38 million gross on a $6.6 million budget) was the Sony rom-com, Jumping the Broom (2011), with Bassett topping a cast including Paula Patton, Laz Alonso, Loretta Devine, Meagan Good, and Mike Epps.

Bassett played a supporting role in the romcom/spy comedy, This Means War (2012) with Reese Witherspoon, Tom Hardy, and Chris Pine, followed by a major supporting role in the Antoine Fuqua-directed thriller Olympus Has Fallen (2013), starring Gerard Butler, Morgan Freeman, Aaron Eckhart, Robert Forster, Ashley Judd, Melissa Leo, and Dylan McDermott, and grossing over $170 million worldwide (which Bassett followed up within the same role of Secret Service Director Jacobs in the 2016 London Has Fallen). 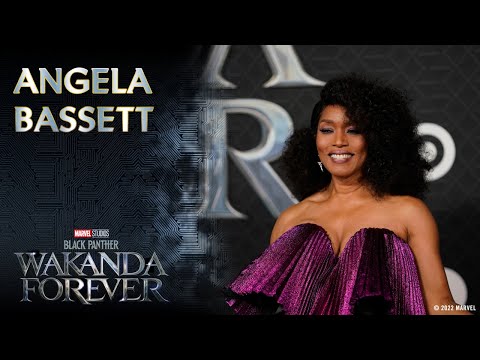 Bassett On The Emotions Of Returning To Black Panther: Wakanda Forever 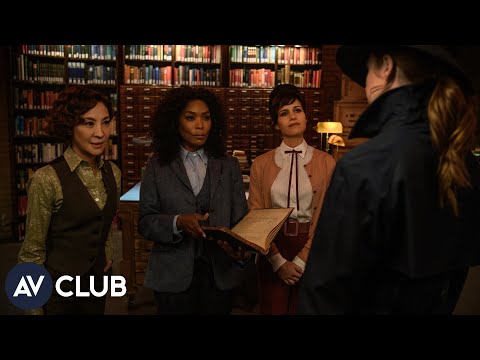 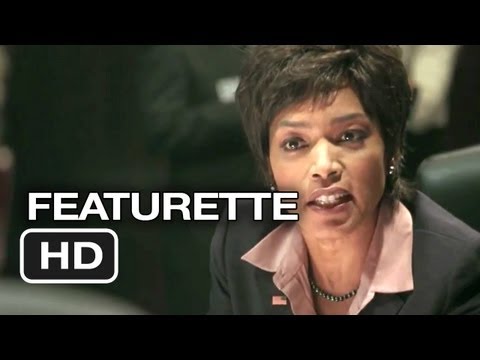 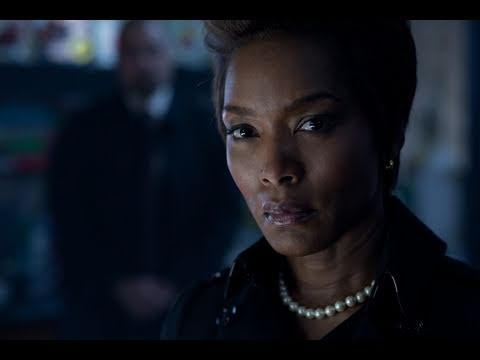 Angela Bassett was born in New York City to her parents Betty (social worker) and Daniel Bassett. After being raised between ages one and four by her aunt, Golden Bassett, Angela Bassett was raised by her mother Betty Bassett in St. Petersburg, Florida, with her younger sister D’nette. Bassett has an older half-sister from her father Daniel’s previous marriage. After attending Jordan Park Elementary School, Bassett attended Disston Middle School and then Azalea Middle School.

Bassett was the first African American student at Boca Ciega High School to earn admittance to the National Honor Society. Bassett earned a scholarship to Yale University, where she graduated in 1980 with a B.A. degree in African American Studies. She earned her Master of Arts degree from the Yale School of Drama; Bassett also earned an honorary Doctor of Fine Arts from Yale in 2018. Bassett has been married to actor Courtney B. Vance since 1997; the couple has two children Her height is 5’ 4”. Bassett’s estimated net worth is $25 million.

Some Facts About Angela Bassett

Causes: Bassett has helped raise awareness and support for foster children and children with diabetes. She has also raised support for the Boys & Girls Club of St. Petersburg, Florida, where she lived for most of her childhood and adolescence. Bassett is an Ambassador for UNICEF for the U.S.

Side Gigs: Angela Bassett has worked as a photo researcher for U.S. News & World Report.

Adam Sandler Teases He Won’t ‘Look That Handsome’ in Safdie Brothers’ Next Mo...