Soon after graduating from Skidmore College—after, she says, spending a year “broke and waiting tables,” Zazie Beetz (birthname: Zazie Olivia Beetz) first made her mark in film and TV with her recurring role as Van Keefer on the hit Fox series, Atlanta (2016-present), although she had already acted in Josh Mond’s indie feature, James White (2015), with Christopher Abbott and Cynthia Nixon, and Onur Tukel’s Applesauce (2015), with Max Casella and Dylan Baker. 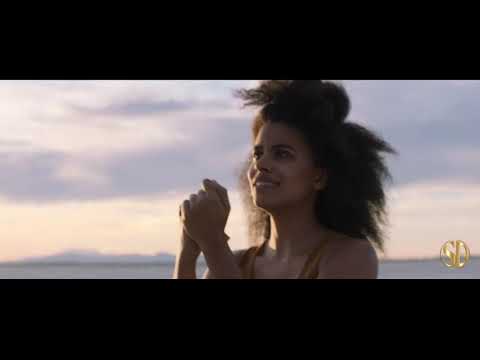 Born in the Mitte section of Berlin, Zazie Beetz’s parents are African American mother Michelle, and German father, Thomas Beetz. Michelle and Thomas Beetz separated when Zazie Beetz was a young girl. By the time she was eight, Beetz was growing up in Manhattan’s Washington Heights neighborhood, performing in community theater and attending Muscota New School and the Harlem School of the Arts in New York.

Beetz graduated from LaGuardia Arts High School, where she specialized in theater and acting. Zazie Beetz graduated with a BA in French from Skidmore College. Her younger brother is Justin. She is engaged to actor-writer David Rysdahl, with whom she has been involved in a relationship since 2014. Her height is 5’ 6”.

Lucy in the Sky

The Harder They Fall

Some Facts About Zazie Beetz

East to West: Beetz’s father Thomas emigrated from East Germany to the U.S. after the fall of the Berlin Wall, working as a janitor and studying to become a cabinetmaker.

Zazie Beetz In Talks To Return For 'Joker' Sequel Opposite Joaquin Phoenix An...