Tom Cruise (birthname: Thomas Cruise Mapother IV) may be the last pure movie star, in the sense that he has never acted for television, cable, streaming productions, or the theater. These comprise 45 features in 42 years (as of 2022), with Cruise playing lead or co-lead in the vast majority of the titles.

One notable exception is his antic and stark Oscar-nominated supporting performance (which some consider his most interesting) in Paul Thomas Anderson’s Magnolia, with the astonishing ensemble of Philip Seymour Hoffman, Julianne Moore, William H. Macy, Alfred Molina, John C. Reilly, Jason Robards, and Melinda Dillon. But for the most part, Cruise has maintained his status as not just a leading man, but one of the era’s most dominant and enduring stars, and one of the few remaining who can claim to be “bankable.”

Tom Cruise’s career is fairly sui generis, in that he never had to toil in the trenches of small theater or minor TV and film roles before getting his break, and he’s never veered from motion pictures. (Again, Magnolia was the exception, for which Cruise was in a music video with singer-songwriter Aimee Mann.) As of 2019, his body of work has earned $10 billion worldwide, ranking him as one of the top box-office stars in movie history.

Just in his second film appearance (a mere year after leaving home for New York to pursue an acting career), Tom Cruise made a major impact in Taps (1981), followed in 1983 by standout work in the ensemble of Francis Ford Coppola’s The Outsiders with Rob Lowe, Emilio Estevez, Diane Lane, Patrick Swayze, and Matt Dillon; his first starring role in All the Right Moves, and his breakout role in Risky Business with Rebecca De Mornay. By the time she starred in Ridley Scott’s Legend (1985) and Tony Scott’s mega-hit Top Gun (1986), Cruise was his generation’s top star.

The next 15 years of Tom Cruise’s career are certainly his most interesting and varied, including a number of complex, dark, and multi-layered performances in films with some of the era’s most important filmmakers. Martin Scorsese’s The Color of Money (1986) gave Cruise the chance to work alongside an earlier era’s top movie star, Paul Newman, while Barry Levinson’s Rain Man (1988) saw Cruise deliver a sensitive portrayal opposite an autistic Dustin Hoffman (1988), and Oliver Stone’s Born on the Fourth of July (1989) provided Cruise the kind of juicy starring (and Oscar bait) role actors yearn for, in this case, Vietnam vet Ron Kovic turning from warrior to powerful antiwar activist.

Tom Cruise reunited with director Tony Scott for one of Scott’s typically dynamic movies, Days of Thunder (1990), a turning point in that it was Cruise’s first role with future wife Nicole Kidman, launching one of pop culture’s most examined and publicized relationships. The couple continued to build their stardom pairing in Ron Howard’s romance-adventure Far and Away (1992).

Tom Cruise’s string of hit movies continued through the thriving 1990s, with A Few Good Men (1992), Jack (“You Can’t Handle the Truth!”) Nicholson, John Grisham’s The Firm (1993) with Gene Hackman, and his first-period role, as a dashing Lestat in the Anne Rice/Neil Jordan adaptation, Interview with the Vampire: The Vampire Chronicles (1994) with Brad Pitt, Antonio Banderas, Kirsten Dunst, and Christian Slater.

The business decision (with three-decade-long partner Paula Wagner) to produce and star in Brian De Palma’s Mission: Impossible (1996) is the most crucial of Tom Cruise’s career, not only launching his extraordinarily successful producing career (he’s been the lead, hands-on producer for 14 features) but sealing his superstar status and setting the course for his most important franchise project. Just as crucial in a different way was his work with Cameron Crowe, in Vanilla Sky (2001) but particularly in perhaps Cruise’s most beloved performance as a cocky sports agent title character in Jerry Maguire (1996), which earned Cruise his second Oscar nomination.

Oddly overlooked or downplayed in some Tom Cruise surveys is his remarkable work with Stanley Kubrick as Dr. Bill Harford in Eyes Wide Shut (1999), his final and most intense film with Kidman, in which the stars’ marriage and the on-screen marriage seemed to bleed into each other in almost meta ways. A notorious control freak on his own productions, Cruise spent two years in production with Kubrick and quickly learned how to work under a filmmaker controlling every aspect of production.

Cruise has noted that he learned how to be a producer from his time with Kubrick, and returned the favor by narrating Stanley Kubrick: A Life in Pictures (2001), made by Warner Bros. honoring Kubrick after his sudden death during the final phase of Eyes Wide Shut’s post-production. Magnolia appeared later that same year (earning Cruise his only supporting actor Oscar nomination), making 1999 the most distinctive year in Cruise’s filmography.

Tom Cruise’s career in the 2000s swung between splashy roles in ambitious Steven Spielberg science-fiction projects (Minority Report in 2002 and War of the Worlds in 2005), auteur-driven dramas (Michael Mann’s striking Collateral in 2004, Robert Redford’s Lions for Lambs in 2007 with Redford and Meryl Streep), the continued stream of Mission: Impossible mega-productions, and self-consciously spoofy turns (Austin Powers in Goldmember in 2002 and Tropic Thunder in 2008), but there was a sense of a superstar career with less punch than the previous decade.

There was a certain amount of fan resistance, for example, to the idea of the short-statured Cruise taking on the role of author Lee Child’s hulking man-of-justice, Jack Reacher, in a pair of solid adaptations, Jack Reacher (2012) and Jack Reacher: Never Go Back (2016), while other projects appeared to be misbegotten (The Mummy in 2017) or underwhelming (Oblivion in 2013).

Doug Liman’s whip-smart science fiction thriller, Edge of Tomorrow (2014) appeared to provide Tom Cruise with a truly fresh angle on his action persona, but the star has opted in recent years for surefire vehicles with built-in audiences that push his desire for physically challenging (some say, nearly insanely risky) action entertainments, such as three Mission: Impossible movies Fallout (2018), Dead Reckoning-Part One (2023) and its 2024 sequel, as well as Joseph Kosinski’s reboot, Top Gun: Maverick (2022), with Miles Teller, Val Kilmer, Jon Hamm, and Ed Harris. 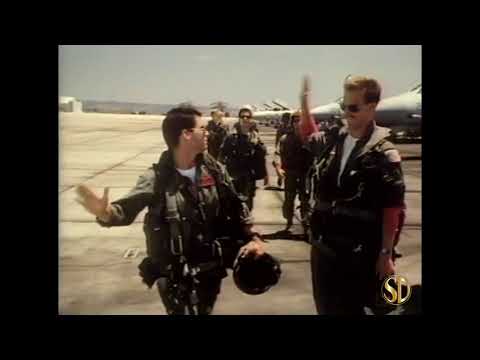 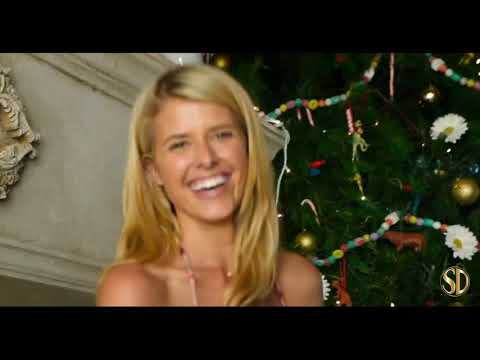 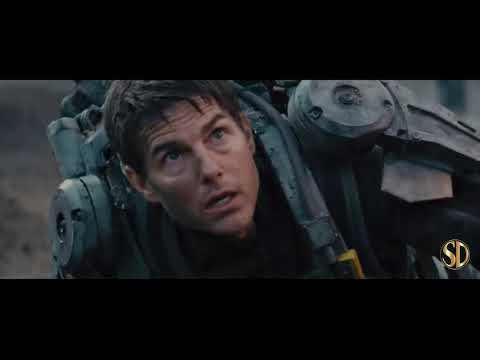 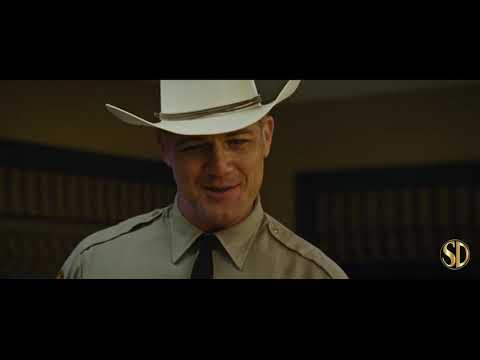 Born in Syracuse, New York, but raised in dozens of places across the U.S. and Canada, Tom Cruise experienced a fairly rootless childhood with his mother Mary Lee, and father Thomas Cruise Mapother III.

Cruise attended 15 different schools by age 15 and flirted with the priesthood as a Franciscan Catholic. He has three sisters. He switched his interests to acting, dropped out of high school, and sought out acting gigs in New York.

Cruise’s switch from his Catholic faith to his role as the highest profile in Scientology has been the subject of great controversy, but it has rarely seemed to blunt his popularity with audiences. Tom Cruise is a three-time divorcee, having been married to Mimi Rogers (1987 to 1990), Nicole Kidman (1990 to 2001), and Katie Holmes (2006 to 2012).

His children from his various marriages are daughters Suri and Isabella Cruise and son Connor Cruise. Tom Cruise has three cousins who are actors: William Mapother, Katherine Mapother, and Amy Mapother. The cruise’s height is 5’ 7”.

Some Facts About Tom Cruise

O Canada: Tom Cruise discovered acting, not in the U.S., but in the Canadian capital of Ottawa, where he first performed and improvised on stage in the fourth and fifth grades.

Age Issues: Cruise is a four-time nominee and one-time winner of the Alliance of Women Film Journalists’ award for Most Egregious Age Difference Between the Leading Man and the Love Interest.

Quite a Claim: Tom Cruise publicly claimed that Scientology cured him of his dyslexia.

Mr. Box Office: Tom Cruise is the first actor in movie history who starred in five movies in a row grossing over $100 million domestically: A Few Good Men, The Firm, Interview with the Vampire: The Vampire Chronicles, Mission: Impossible, and Jerry Maguire. Additionally, Cruise holds the record for a number of times—7–he scored as the top moneymaking star in annual exhibitor surveys.

Tom to the Rescue: While driving in 1996, Cruise stopped and aided hit-and-run victim Heloisa Vinhas and even paid her hospital bills.

Net Worth: Cruise’s net worth is estimated to be between $550 and $620 million, and growing…

Will Smith Once Opened up About His Surprising Bond With Tom Cruise: 'I Just ...

The Oscars Got It Wrong: These Are the Real Winners from 1999