Tiffany Haddish (birthname: Tiffany Sara Cornilia Haddish) claims one of contemporary Hollywood’s most dramatic rags-to-riches stories. As a Black female comedian, she represents a vanguard of a new generation of female comics of color who have successfully made the jump from stand-up clubs and TV spots to feature films. After two decades on the stand-up circuit (some of which she spent living out of her car), guest TV, and supporting credits in TV and film (including Keanu (2016) with Jordan Peele and Keegan-Michael Key), Haddish scored with the scene-stealing role of Dina in Girls Trip (2017) with Regina Hall, Queen Latifah, and Jada Pinkett Smith, with a surprise best-supporting actress prize from the prestigious New York Film Critics Circle. This one award dramatically raised Haddish’s profile overnight, opening the door to grade-A projects that had previously been out of her grasp.

Tiffany Haddish expanded her appeal with such NBA-friendly projects as Uncle Drew (2018), with an All-Star cast including Shaquille O’Neal, Chris Webber, Kyrie Irving, Reggie Miller, and Lisa Leslie. Her star had risen to the level that just her last name was needed above the title of Night School (2018), co-starring fellow comic Kevin Hart. Her name rose to the top of the poster in Tyler Perry’s hit 2018 comedy, Nobody’s Fool, with Tika Sumpter.

Like so many comics of her generation, Haddish—with her distinctive, high-attitude voice–was steadily cast to do vocals for major animation projects, including The Lego Movie 2: The Second Part (2019), The Secret Lives of Pets 2 (2019), The Angry Birds Movie 2 (2019), The SpongeBob Movie: Sponge on the Run (2020), and Disney’s Phineas and Ferb the Movie: Candace Against the Universe (2020).

Perhaps the most interesting shift that Haddish has accomplished—sometimes little observed—is her subtle move into high-end dramas, like the female-powered The Kitchen (2020) with Melissa McCarthy and Elisabeth Moss; Jerrod Carmichael’s Sundance prizewinning On the Count of Three (2021); Billy Crystal’s bittersweet Here Today (2021); and most brilliantly, a savvy gambler in Paul Schrader’s dark The Card Counter (2021) opposite Oscar Isaac. 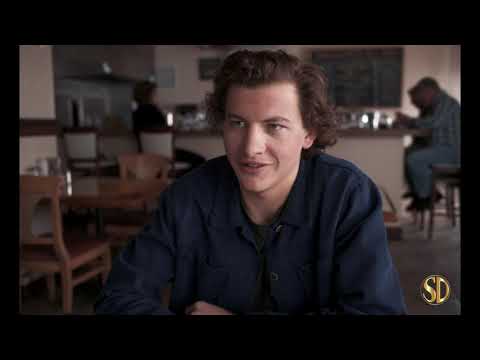 Tiffany Haddish was born in Los Angeles in 1979, to parents Tsihaye Reda Haddish, an Eritrean Jewish refugee, and Leola Haddish. She has pairs of half-sisters and half-brothers, all born after her mother divorced and remarried while running her own business. Haddish became her family’s main caregiver at nine years old when her mother Leola had brain damage following a car accident, causing a schizophrenic condition. Haddish later learned that her stepfather had tampered with the brakes intending to kill the family and collect the insurance.

She was placed in foster care at age 13 and then raised by her grandmother. While attending and graduating from the Los Angeles-based El Camino Real High School, she won drama contests and became the school mascot, but she also suffered a rape incident and ended up homeless after graduation. After attending the Laugh Factory Comedy Camp at 17 (with Richard Pryor and the Wayans Brothers as mentors), Haddish was accepted to New York University’s Tisch School for the Arts but instead attended Santa Monica College. She married William Stewart, a detective, in 2008, and divorced him in 2013.  Her height is 5’ 6”.

The Lego Movie 2: The Second Part

Some Facts About Tiffany Haddish

Economizing: Haddish was disturbed at the $4000 worth of a dress selected by her stylist for one red-carpet event, so she has worn it several times.

Influence: Time magazine selected Tiffany Haddish as one of the publication’s “100 Most Influential People” in 2018.

Jon Hamm Was So Into 'Confess, Fletch' That He Used 60% Of His Salary To Fini...

Tiffany Haddish Says She Deeply Regrets Acting in “Through A Pedophile’s Eyes...