Sam Worthington (birthname: Samuel Henry John Worthington) is best known as Jake Sully in James Cameron’s Avatar saga, first in Avatar (2009), and continuing in the sequels Avatar: The Way of Water (2022), Avatar 3 (2024), Avatar 4 (2026), and Avatar 5 (2028). He is a classic example of the contemporary movie actor dividing his career between wide-audience tentpole projects, such as Terminator Salvation (2009) and Clash of the Titans (2010), and dramas such as Cate Shortland’s highly regarded Aussie drama, Somersault (2004), and Mel Gibson’s Oscar-nominated Hacksaw Ridge (2016).

After joining the large ensemble of John Dahl’s war drama, The Great Raid (2005), with Benjamin Bratt and James Franco, Worthington had his name above the title in Geoffrey Wright’s modern-day staging of Macbeth (2006), and then landed his first big role in a Hollywood franchise movie: the McG-directed Terminator Salvation (2009), opposite Christian Bale, Anton Yelchin, Bryce Dallas Howard, Common, and Helena Bonham Carter, grossing over $371 million globally.

In his biggest career move, Sam Worthington landed the co-lead role of Jake in Cameron’s mega-blockbuster, Avatar (2009), with Zoe Saldana, earning a record-setting $3 billion-plus worldwide (and growing, with the movie’s fall 2022 re-release in a retooled, upgraded version care of Cameron). The impact of the role for Worthington is hard to overstate since it led to a steady co-starring role in a succession of four additional Avatar movies until 2028.

Worthington followed this with another blockbuster, as Perseus in Warner Bros.’ Clash of the Titans (2010), with Gemma Arterton, Mads Mikkelson, Ralph Fiennes, and Liam Neeson, which was followed by the 2012 sequel, Wrath of the Titans, in which Worthington continued his role as Perseus. Worthington switched gears for a starring role in the romantic drama, Last Night (2010), with Keira Knightley, Eva Mendes, and Guillaume Canet, followed by a co-starring role opposite Helen Mirren and Jessica Chastain in the John Madden-directed The Debt (2010).

Worthington co-starred with Harvey Keitel as gangster Meyer Lansky in writer-director Eytan Rockaway’s Lansky (2021), with Minka Kelly and John Magaro, once again followed by several poorly received features including The Last Son (2021) and 9 Bullets (2022) (while scoring great acclaim on streaming television for his stunning role in Under The Banner of Heaven (2022)).

Worthington is part of the ensemble of Miramax’s horror movie, The Georgetown Project (2022), with Russell Crowe, David Hyde Pierce, and Samantha Mathis. Along with the string of Avatar movies set for 2022, 2024, 2026, and 2028, another major production for Worthington was director-writer-producer-star Kevin Costner’s epic Western for Warners/New Line Cinema, Horizon (date to be announced), co-starring Sienna Miller, Michael Rooker, Luke Wilson, and Thomas Haden Church. It’s slated to mark Worthington’s second multi-film project, with three additional Horizon-themed features planned by Costner, capturing the history of American Westward expansion before and after the Civil War. 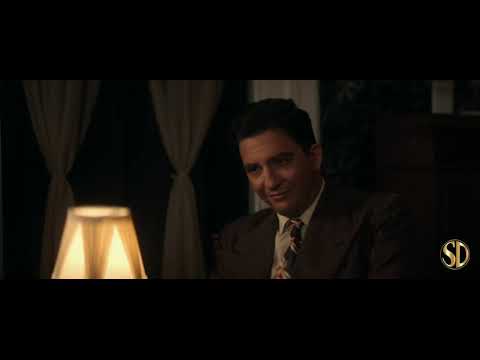 Born to British parents Ronald and Jeanne Worthington in the southeastern English town of Godalming, Sam Worthington was raised in Perth in Western Australia, where his family moved when he was six months old. Worthington has one sister named Lucinda.

After dropping out of John Curtin College of the Arts, Worthington was handed a few hundred dollars by his father for a one-way trip to the Australian city of Cairns, and told to “work his way home.” While working heavy-labor jobs, Worthington applied and earned a scholarship to Australia’s National Institute of Dramatic Art in Sydney—where he did graduate in 1998. He has been married to model Lara Bingle since 2014; the couple has three children, including Rocket and Racer. Worthington’s height is 5’ 10”. Worthington’s net worth is estimated at $30 million.

Man on a Ledge

Wrath of the Titans

Some Facts About Sam Worthington

Close Call: Sam Worthington was a finalist in the casting of James Bond, and lost out to Daniel Craig.

‘Avatar: The Way of Water’ in Theaters Now & We’re Talking With Some of the S...

'Avatar: The Way Of Water' Becomes Fastest Film To Reach $1B Since 'Spider-Ma...