Ryan Reynolds (birthname: Ryan Rodney Reynolds) has emerged as one of the biggest and most reliable box office stars, in an era when the force of star power has been greatly diminished. Virtually the only actor who has played leads in both Marvel Comics Universe and DC Comics movie franchises, Reynolds achieved global star status in 2016 as the title character (and his human counterpart, Wade Wilson) in the Deadpool series, the first superhero franchise released with an R rating.

Both the first and the follow-up, Deadpool 2 (2018), broke earnings records for an R-rated feature, for a combined worldwide cume of $1.5 billion. Unlike several other Marvel and DC stars unable to transfer their box office impact to non-superhero projects, Reynolds scored a great success with Free Guy (2021), which earned over $330 million worldwide, followed by The Adam Project, one of Netflix’s hit feature releases in 2022.

This indicates that Reynolds is able to sustain durable star status in an extremely volatile and unpredictable environment for lead actors. Part of Reynolds’s strategy is—despite Deadpool’s distinctly adult profile—to work alongside child actors in family-friendly vehicles. These include his vocal appearances in the animated features The Croods (2013), The Croods 2: A New Age (2020), Turbo (2013), and Pokémon Detective Pikachu (2019), and continue with The Adam Project, Spirited (2022, a remake of A Christmas Carol in which Reynolds plays Ebeneezer Scrooge), and the kid-friendly action film Everyday Parenting Tips (planned for 2023).

Reynolds’s career began with little promise or indication of his future stardom. His lead role in the Canadian teen soap opera Hillside (1991-1993) led to only minor roles, though he did gain some fame in National Lampoon’s Van Wilder (2002), which has cult status in Europe. His first significant dramatic role was as a man buried alive in Buried (2010), but an early sign of his future superhero identity emerged in both Blade: Trinity (2004) and Green Lantern (2011).

Ryan Reynolds first appeared as Wade Wilson’s character (whose alter-ego was actually named Weapon XI), not in Deadpool itself, but in X-Men Origins: Wolverine (2009), his first project in the superhero comic business dominated by MCU and DC Comics. His interest in Deadpool predated even this, as he discussed developing the character into a feature as early as 2005 with screenwriter David S. Goyer.

But his first foray into a lead superhero role, in The Green Lantern (2011), proved a commercial failure. 2016 was his breakthrough year, with Deadpool, and he wasted no time diversifying his business profile to an unusual degree for a movie star. In 2018, he launched his production company, Maximum Effort, plus an ownership holding in Aviation American Gin, which was sold in 2020 to British alcohol and beverage firm Diageo. He also bought a 25% ownership stake in mobile company Mint Mobile in 2019, followed by the purchase (with actor Rob McElhenney) of Welsh football club Wrexham AFC.

Reynolds has re-teamed with his Deadpool director, Shawn Levy, for the hit Netflix release, The Adam Project (2022). He is set to co-star with writer-director John Krasinski in Krasinki’s comic fantasy Imaginary Friends (2023) and is adding screenwriting to his skill set as co-writer of the upcoming Deadpool 3. 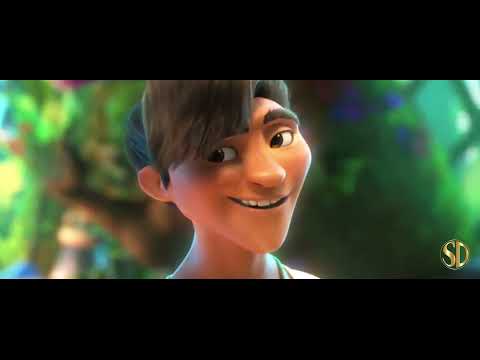 Ryan Reynolds, whose heritage is mainly Irish-Scottish, was born to Vancouver, B.C.-based parents working in the food and retail businesses. He comes from a high-achieving family, including a paternal grandfather who was a prominent politician in Alberta and a paternal grandmother who was a respected doctor, and two brothers who are in law enforcement.

The Croods: A New Age

Once Upon a Deadpool: 2018 Re-release

Some Facts About Ryan Reynolds

Hazard Duty: One of his first acting jobs involved working in Sri Lanka without parental supervision during a civil war.

Near miss: After a period of acting failures and mediocre projects, Reynolds considered quitting acting.

All business: Reynolds is the owner of wireless phone company Mint Mobile and the co-owner of beverage producer Aviation Gin.

O No Canada!: Despite the fact that he is Canadian by birth, Reynolds doesn’t like hockey but is a big soccer fan.

You Probably Think This Song Is About You: Reynolds is the subject of Morissette’s song, “Torch.”

Deadpool roots: The comic book figure of Deadpool describes himself as Ryan Reynolds with a Shar-Pei, although in the comic itself, Reynolds’s last name was misspelled as “Renolds.”

Sexy couple: Reynolds was married to Scarlett Johansson when he was named “Sexiest Man Alive” by People Magazine and she was named “Babe of the Year” by GQ Magazine.

Hit-and-Run: He was the victim of a hit-and-run incident committed by a paparazzo driving a car.

High Praise: Reynolds received a tribute written by Helen Mirren for his entry in Time Magazine’s “100 Most Influential People” of 2017.

Giving Back: He received a Governor General’s Performing Arts Award in November 2021 for his philanthropic work.

25 actors who hated movies they starred in, from Ryan Reynolds to Sandra Bullock