Ryan Coogler (birthname: Ryan Kyle Coogler) established himself as an American filmmaker to reckon with when he arrived on the scene with his debut feature, Fruitvale Station (2013). It announced the arrival of a major Black filmmaker tackling serious social themes inside entertainment, which he has extended into the phenomenal success of Marvel Studios’ franchise, Black Panther (2018).

Before his first feature, Coogler made four shorts during his graduate studies at USC’s School of Cinematic Arts, including these award-winners: Locks (2009), 2011’s Fig (winner of HBO’s Short Film Competition and the DGA Student Film Award), and Gap (2011).

Coogler wrote and directed Fruitvale Station, with the key producing support of Forest Whitaker, marking the first of his several collaborations with actor Michael B. Jordan, along with Melonie Diaz, Kevin Durand, Chad Michael Murray, and Octavia Spencer; the film made a rare double-win in its Sundance Film Festival world premiere with Grand Jury Prize and Audience Award, and then went on to win the Avenir Prize in Cannes’ Un Certain Regard competition, and earning $17.4 million on a budget under $1 million.

As a clear sign that Ryan Coogler was interested in making wide-audience entertainments, his next project was an off-shoot of the Rocky franchise, Creed (2015), starring Jordan and Sylvester Stallone (who won Best Supporting Actor from the National Board of Review), and grossing nearly $174 million globally on an estimated budget of $40 million.

In a rapid rise to the heights of the superhero movie craze, Ryan Coogler assumed co-writing (with Joe Robert Cole) and directing tasks for Marvel’s first Black-centric franchise, starting with Black Panther, starring the late Chadwick Boseman (as T’Challa/Black Panther), Jordan, Lupita Nyong’o, Danai Gurira, Martin Freeman, Daniel Kaluuya, and Letitia Wright; among other things, the movie marked not only a thematic and setting shift in the Marvel Cinematic Universe to an all-Black empire, but was the biggest production to date in the burgeoning Afro-Futurist genre, grossing 1.35 billion worldwide, or six times its estimated $200 million budget.

Coogler expanded his work by serving as producer on filmmaker Shaka King’s superb drama on the real Black Panthers, Judas and the Black Messiah (2021), starring Daniel Kaluuya (winning the Best Supporting Actor Oscar) and LaKeith Stanfield, with Jesse Plemons, Dominique Fishback, Ashton Sanders, and Martin Sheen, and earning Coogler his first Oscar nomination for Best Picture. Though the movie marked an artistic triumph for Coogler, it was his first commercial failure, with a $7.4 million worldwide gross below its $26 million price tag.

Coogler’s production company, Proximity Media, was set to extend the Wakanda saga with Ironheart, a series for Disney + streaming service. Coogler has also continued the Creed franchise, executive producing Creed II (2018) and writing the story for Creed III (date to be announced, with Jordan as director and star. 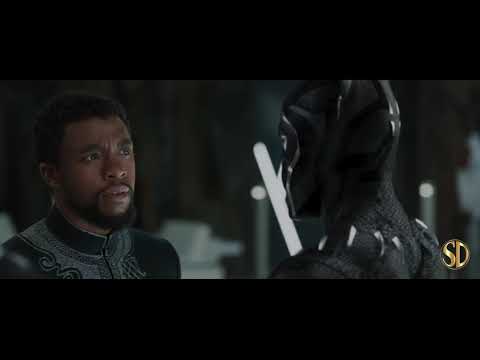 Ryan Coogler was born and raised in Oakland, California, by parents Ira (juvenile hall probation counselor) and Jocelyn Coogler (community organizer). His two brothers are Noah and Keenan. His family moved from Oakland to Richmond, also in the East Bay Area, while Coogler was involved in athletics such as football and track and field.

Coogler’s high school years were at St. Mary’s College High School in Berkeley, while his undergraduate college career was at St. Mary’s College (where he discovered creative writing and screenwriting) and then at California State University, Sacramento (where he majored in finance and excelled in football); Coogler earned an MFA degree in film from the University of Southern California’s School of Cinematic Arts. Coogler has been married to Zinzi Evans, co-founder (with Coogler) of Proximity Media, since 2016. His height is 5’ 10”. Coogler’s estimated net worth is $25 million.

Some Facts About Ryan Coogler

High Praise: Ryan Coogler was runner-up for Time magazine’s Person of the Year in 2018 and on the list of Time’s annual list of the 100 most influential people in the world.

Social Service: Coogler has continued in his father’s profession by serving as a counselor with incarcerated youth at San Francisco’s Juvenile Hall.

Cause: Ryan Coogler is a founding member of the Blackout For Human Rights campaign, created to bring attention to civil rights abuses in the U.S.

Plastic Off the Sofa