If anyone other than William Shatner and Leonard Nimoy can claim to be the face of Star Trek, it is actor Patrick Stewart (birthname: Patrick Stewart), an elegant stage-trained veteran who has entered his sixth decade as a big-screen star and his seventh as a TV stalwart. Stewart is durable enough at he has worked with such legendary stars as Gregory Peck and Trevor Howard as well as young rising stars like Elizabeth Olsen. Patrick Stewart can claim to be the only major star to appear in both the Star Trek franchise (as Capt. Jean-Luc Picard) and the MCU (as Prof. Charles Xavier aka Professor X, in the X-Men and Doctor Strange franchises). Easily overlooked in any summation of Stewart’s long career is that he is one of the great living Shakespearean actors, performing The Bard from his marathon run as a member of the Royal Shakespeare Company on through numerous TV productions, including his Emmy-nominated Claudius in a modern-styled Hamlet (2009).

Although primarily identified by mass audiences for his TV work (his many award nominations—with surprisingly few wins—have been entirely for the small-screen medium), Patrick Stewart has appeared in feature films since the mid-1970s, with Rod Steiger in Hennessey (1975) and with Glenda Jackson in Hedda (1975). Much of Stewart’s feature work is actually behind the camera as a vocal actor, with dozens of credits in animated features including Richard Adams’ The Plague Dogs (1982); the English versions of Miyazaki Hayao’s Nausicaä of the Valley of the Wind (1984); Dreamworks’ blockbuster, The Prince of Egypt (1998), with Val Kilmer, Ralph Fiennes, Michelle Pfeiffer, Sandra Bullock, Helen Mirren, Steve Martin, Martin Short, and Jeff Goldblum; Jimmy Neutron: Boy Genius (2001); Disney’s $300 million worldwide grosser, Chicken Little (2005); the Teenage Ninja Mutant Turtles reboot, TMNT (2007); and Ice Age 4: Continental Drift (2012).

It’s worth noting that Patrick Stewart’s first foray into science fiction (the genre he’s best known for) was in David Lynch’s controversial 1984 version of Dune, three years after his first major film appearance in John Boorman’s Excalibur (1981). Though consumed with his ongoing role as Picard in the TV series, Star Trek: The Next Generation (1987-1994), Patrick Stewart made appearances in Steve Martin’s L.A. Story (1991) and Mel Brooks’ spoof, Robin Hood: Men in Tights (1993). The following year marked the start of a string of major Star Trek movies, including Generations (1994), First Contact (1996), Insurrection (1998), and Nemesis (2002).

Despite Stewart’s 15-year run as Picard, his period portraying the MCU character of Prof. Charles Xavier is actually longer, spanning from the original X-Men (2000) through James Mangold’s Logan (2017) with Hugh Jackman as a memorable Wolverine to Doctor Strange in the Multiverse of Madness (2022) with Benedict Cumberbatch, Elizabeth Olsen, and Rachel McAdams. Stewart will appear occasionally in unexpected roles, such as the evil leader of a circle of neo-Nazi killers in Jeremy Saulnier’s Green Room (2015) with the late Anton Yelchin and Imogen Poots.

Patrick Stewart’s considerable work for television can obviously not be overlooked, with a few worth special mentions beyond Star Trek: The Next Generation: his Sejanus in the stunning British miniseries, I, Claudius (1976) with Derek Jacobi, and again with Jacobi as Hamlet (1980); the title role in Oedipus Tyrannus by Sophocles (1977); his Emmy-nominated Capt. Ahab in Franc Roddam’s version of Moby Dick (1998); his Ebenezer Scrooge in A Christmas Carol (1999); his Western-style version of King Lear in King of Texas (2002); his King Henry in Andrei Konchalovsky’s TV version of The Lion in Winter with Glenn Close (2003); his stunning Macbeth (2010), which captures the Tony-nominated stage production on film; and opposite Ian McKellan in a filmed-for-TV version of the National Theatre staging of Harold Pinter’s No Man’s Land (2016). 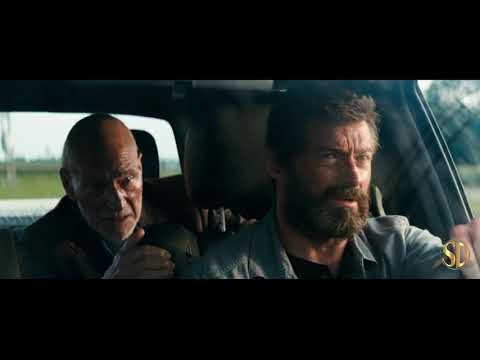 Patrick Stewart, a native of the Yorkshire, England town of Mirfield, was raised by parents Gladys and Alfred Stewart. His two brothers were Trevor and Geoffrey. He saved money as a teenager to pay for drama classes at the Bristol Old Vic Theatre School. Stewart toured with the Old Vic Company in the 1960s and moved on to the Royal Shakespeare Company in 1966, where he performed for 27 years. Patrick Stewart has been married three times: to Sheila Falconer (1966-1990), producer Wendy Neuss (2000-2003), and currently to singer/songwriter Sunny Ozell. He has two children, Daniel and Sophie. His height is 5’ 9”.

X-Men: Days of Future Past

Doctor Strange in the Multiverse of Madness

Some Facts About Patrick Stewart

University Man: In 2004, Stewart was named Chancellor of the University of Huddersfield.

Narrator: Among Patrick Stewart’s many assignments as a narrator, he provided narration for Rick Wakeman’s album, Return to the Centre of the Earth.

Big Fan: Patrick Stewart is on the record declaring that Beavis and Butt-head (1993) “is one of the most original and brilliant pieces of television that we’ve seen in recent years.”

Patrick Stewart sings on a horse as he celebrates his 82nd birthday in wholes...