One of the great actors of her generation, Dame Maggie Smith (birthname: Margaret Natalie Smith) makes a rare claim to two Oscars, a Tony, and four Emmys, plus five SAG, seven BAFTA, and three Golden Globe Awards. She has won 58 awards out of 157 nominations for her performances in film, TV, and stage. Smith’s film career spans eight decades, as early as 1956 and continuing into 2022, with her appearance as the beloved and snarky Violet Crawley in Downton Abbey: A New Era. She appeared in 2022 in lead roles as Joseph Goebbels’ secretary in Christopher Hampton’s A German Life, and in Thaddeus O’Sullivan’s The Miracle Club with Laura Linney and Kathy Bates.

It is difficult to find a career among living actors with such longevity and vitality, in which the artist continues to perform at the height of her powers—and popularity—well into her 80s. Maggie Smith is one of a handful of actors who can be rightly termed an “institution,” an heir to the kind of stature secured by Sir Laurence Olivier in the previous generation.

Following lauded early stage performances, Maggie Smith made an impression in The V.I.P.s (1963), with Richard Burton, Elizabeth Taylor, and Orson Welles; Jack Clayton’s The Pumpkin Eater (1964) with Anne Bancroft; a first Oscar nomination as Desdemona in Othello (1965) with Laurence Olivier, Derek Jacobi and Michael Gambon; and in Richard Attenborough’s Oh! What a Lovely War (1969). Smith won her first Oscar for Best Actress for The Prime of Miss Jean Brodie (1969). This was followed by another Oscar-nominated performance in George Cukor’s Travels with My Aunt (1972), and Neil Simon’s California Suite (1978) with Michael Caine, for which Smith won Best Supporting Actress (for portraying an actress character who just lost the Oscar!).

Highlights of Maggie Smith’s busy 1980s include two standout Merchant-Ivory productions, including Quartet (1981) with Alan Bates and Isabelle Adjani; and the universally acclaimed, multi-Oscar nominated adaptation of Virginia Woolf’s A Room with a View (1985), with Daniel Day-Lewis, Helena Bonham Carter, Judi Dench, and Simon Callow. In 1987, Smith delivered one of her greatest—if often most overlooked—performances in Jack Clayton’s superb The Lonely Passion of Judith Hearne, with Bob Hoskins.

The decades of the 1990s, 2000s, and 2010s proved Maggie Smith’s wily durability and rich talents in comedy, in which she mastered the art of stealing scenes away in colorful supporting roles—which reached its apotheosis with Downton Abbey. Whether it was in Steven Spielberg’s Hook (1991), two films with Agnieszka Holland (1993’s The Secret Garden and 1997’s Washington Square), or the mega-hits Sister Act (1992) and Sister Act 2 (1993), Smith used less physical and older roles to her advantage as an actor perhaps unmatched for delivering a killer line of dialogue. This was never better demonstrated than her superb turn in Robert Altman’s ensemble mystery, Gosford Park (2001), and to cap Maggie Smith as a legendary figure with a new generation, Professor Minerva McGonagall in the Harry Potter film series from 2001 to 2011, the third-highest grossing to date.

Maggie Smith continued to thrive in roles in hit movies, such as the two Best Exotic Marigold Hotel films (2012, 2015), with Dench, Bill Nighy, and Dev Patel, followed by the revered Downton Abbey, first on its highly successful British TV run and the second feature sequel, Downton Abbey: A New Era. Other recent non-Downton triumphs in Smith’s remarkable career include a lauded turn in Alan Bennett’s The Lady in the Van (2015), and her award-winning 2019 stage performance as Joseph Goebbels’ secretary in Christopher Hampton’s play, A German Life, in which Smith re-created for the screen in 2022. 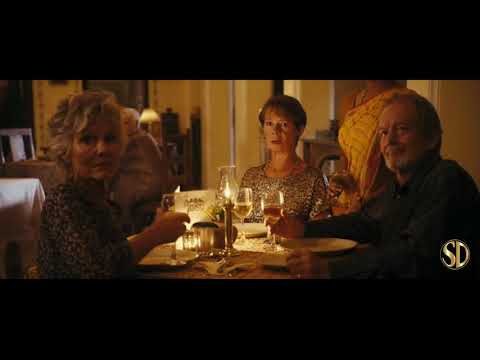 Born in Essex to Margaret and Nathaniel Smith, Maggie Smith has two brothers, Alastair and Ian. She grew up in Oxford, England, where her father worked as a pathologist at Oxford University. After graduating from Oxford High School, Maggie Smith studied acting at the Oxford Playhouse. She was married to actor Robert Stephens until their divorce in 1975. They had two children, actors Chris Larkin and Toby Stephens.

Two months after her divorce, Smith married author Beverley Cross, with whom she was married until his death in 1998. Smith has five grandchildren. Her philanthropy includes support for the International Glaucoma Association, the Royal Theatrical Fund, and the U.K.-based feline protection group Cats Protection. Her height is 5’ 5”.

Tea With the Dames

Some Facts About Maggie Smith

Oscar Queen: Not only has Maggie Smith received four Oscar nominations and two Oscars over four decades, but she is also one of only seven actors to win an Oscar in both lead and supporting categories (The Prime of Miss Jean Brodie, California Suite).

Oscar Record: Smith is the only actor to win an Oscar for portraying an Oscar nominee—and one who loses.

Rare Honor: Maggie Smith is only the third female actor to become a Member of the Order of the Companions of Honour, for her services to drama. The other two women are Dame Judi Dench and Dame Sybil Thorndike.

Awards Record: Maggie Smith is the only male or female actor to win the prestigious Evening Standard Theatre Award six times, and incredibly enough across five decades, first in 1962, and most recently in Christopher Hampton’s 2019 play, A German Life.

Health Scares: Smith recovered fully from both a bout of Graves’ disease in 1988 and breast cancer in 2007.

Laura Linney, Maggie Smith Make a Pilgrimage to Lourdes in ‘The Miracle Club’...