Not many can boast a movie star career of over thirty years, but Liam Neeson (birthname: William John Neeson) belongs to that exclusive club. In an interesting reversal of the usual pattern for actors and types of film roles, Neeson made his early impact in prestigious, sometimes high-toned movies, and then later shifted his profile toward broad audience action entertainments where he frequently plays a man with a past or scores to settle who’s pursuing vengeance. As an indicator of this, Neeson became a steady and reliable box office name only after he scored his sole Oscar nomination for Steven Spielberg’s Schindler’s List (1993).

Boasting a swarthy profile and tall stature which he has always used to his advantage, Neeson combines a powerful combination for a film actor working in English: A rich, commanding voice mixing Northern Irish lilt with an all-purpose mid-Atlantic accent, a strong physical presence, and a natural gravitas with working-class roots. These gifts, plus Neeson’s deep training in the theater and his keen eye for commercial appeal, are the secrets to his sustained success.

Director John Boorman spotted this when he saw Neeson on the stage at Dublin’s Alley Theatre’s production of John Steinbeck’s Of Mice and Men, and cast him as a big knight in Excalibur (1981), in which he met his future girlfriend and professional mentor, Helen Mirren. Liam Neeson’s next significant role was in The Bounty (1984), opposite the imposing ensemble of Mel Gibson, Anthony Hopkins, Laurence Olivier, Edward Fox, and Daniel Day-Lewis. This was followed by Roland Joffe’s The Mission (1986) and an acclaimed turn in Suspect (1987), as well as the final Dirty Harry movie, The Dead Pool (1988) with Clint Eastwood.

Liam Neeson’s first role to hit the popular imagination, though, was in what remains one of the earliest and most imaginative superhero movies of the contemporary era—as Peyton Westlake/Darkman in Sam Raimi’s Darkman (1990). This opened up many more leading-man roles, including Under Suspicion (1991), with Laura San Giacomo; a powerful turn in Woody Allen’s fine drama, Husbands and Wives with Judy Davis, Mia Farrow, and Juliette Lewis (1992); the titular character in Ethan Frome (1993) with Patricia Arquette, followed by perhaps his most important role, as Oskar Schindler in Schindler’s List, for which Neeson (by all accounts) narrowly lost the Best Actor Oscar to Tom Hanks (for Philadelphia).

Neeson’s romantic comedy side appeared in the smash hit, Love Actually (2003) with Hugh Grant, Laura Linney, and Bill Nighy, contrasted by his brilliant, award-winning portrait of sex doctor Alfred Kinsey in Kinsey (2004) (again with Linney), which guaranteed Neeson status as a member of the tiny club of male stars who could command box-office earnings and critical acclaim.

Liam Neeson launched, almost imperceptibly, the beginnings of an entirely different phase of his career by doing voice work in big commercial vehicles like Batman Begins (2005), The Chronicles of Narnia: The Lion, the Witch and the Wardrobe (2005), and the Narina follow-ups, Prince Caspian (2008) and The Voyage of the Dawn Treader (2010) and then turning to brawny action entertainments. Nothing exemplified this better than his Taken trilogy, which made Neeson a very wealthy man: the mega-hits Taken (2008), Taken 2 (2012), and Taken 3 (2014), which created for him a template that he’s followed since.

Even with distinguished performances in dramas like The Grey (2011), A Walk Among the Tombstones (2014), Paul Haggis’ Third Person (2013) with Mila Kunis, Adrien Brody, and Olivia Wilde, and Mark Felt: The Man Who Brought Down the White House (2017), Liam Neeson became the quintessential Action Man of Hollywood, altering the paradigm of the type from younger to a more mature figure. This string is typified by Martin Campbell’s Memory (2022), in which Neeson plays a contract killer losing his memory.

Easily overlooked during this “action phase” are Neeson’s diverse roles in dramas such as Ordinary Love (2019) with Lesley Manville and a cracked impresario in the Coen Brothers’ The Ballad of Buster Scruggs (2018). In a further departure from his bigger commercial vehicles, Liam Neeson is taking on the role of Philip Marlowe in Neil Jordan’s Marlowe (2022) and is set for the leading role as a crusading journalist in the film version of Michael Ignatieff’s novel, Charlie Johnson in the Flames (date not announced). 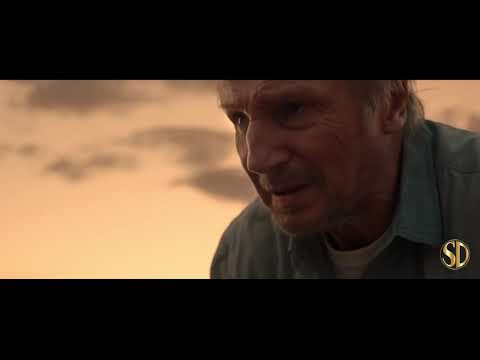 Liam Neeson was born in the Northern Ireland community of Ballymena in County Antrim to parents Katherine (aka “Kitty”) and Bernard. He had a Catholic working-class upbringing and early adulthood in predominantly Protestant Belfast, along with his three sisters Rosaline, Elizabeth, and Bernadette. Neeson attended St. Patrick’s College, where he caught the acting bug. He studied computer science and physics at the Queen’s University of Belfast, but flunked his exams and left university, working a number of jobs including forklift at a Guinness plant, truck driver, assistant to architects, and even amateur boxing.

He was a member of the Belfast Lyric Players’ Theatre in his early 20s, but began acting in earnest only at age 33, and only then because a Belfast theater company was searching for a tall man for a specific role. He was in a relationship with actor Helen Mirren in the early 1980s. Neeson was married to actor Natasha Richardson until her death in 2009; the couple had two sons, Daniel Neeson and actor Micheál Richardson (né Micheál Richard Antonio Neeson). Liam Neeson is the son-in-law of actor Vanessa Richardson and late director Tony Richardson. He is a joint citizen of Ireland, the United Kingdom, and the United States, where he was naturalized in 2009. Liam Neeson’s net worth in 2022 is estimated at $145 million.* Neeson’s philanthropy has placed him on the list of the world’s 200 most influential philanthropists and social entrepreneurs. His height is 6’ 3 ½”.

A Million Ways to Die in the West

A Walk mong the Tombstones

Wrath of the Titans

Some Facts About Liam Neeson

The Boxer: As a teenager, Liam Neeson won the Irish Youth Championship in boxing, broke his nose during a bout, and finally quit after a disturbing blackout at age 17.

Debut: Neeson’s film debut was as Jesus Christ in the film Pilgrim’s Progress (1977).

All-timer: Neeson was ranked #69 on Empire magazine’s poll of the top 100 movie stars in history.

Too Short?: Liam Neeson lost out on a role in The Princess Bride (1987) when director Rob Reiner deemed the nearly 6’ 4” actor too short for the role.

Sober: Neeson said that he began to drink as many as three bottles of wine a night after his wife Natasha Richardson’s tragic skiing accident death, and then quit alcohol altogether. He also quit smoking in 2003.

Man of the Theater: Neeson has enjoyed a robust theater career as a member of the Abbey Theatre in Dublin, the Royal National Theatre, and the Dublin Shakespeare Theatre Festival, as well as a board member of the Conference of Drama Schools which supervises all drama schools in the U.K., and many appearances on Broadway, capped by two Tony Awards acting nominations (for revivals of Arthur Miller’s The Crucible and Eugene O’Neill’s Anna Christie).

Back to School: Even though he flunked out of Queen’s University of Belfast, Liam Neeson was granted an honorary degree from the school in 2009.

Big Earner: Liam Neeson earned (in salary and other compensation) a total of $40 million for the three films in the Taken franchise.

Review: ‘Black Adam’ is a crisp and entertaining superhero flick, with Dwayne...