One of the major faces of New Hollywood, Kristen Stewart (birthname: Kristen Jaymes Stewart) is an actor who has grown up in front of the eyes of moviegoers, from early roles in Sean Penn’s In the Wild (2007) to her co-starring role in David Cronenberg’s Crimes of the Future in 2022. Though frequently decried as a performer who can lack energy, focus, and articulation, Stewart has also scored several of the industry’s major accolades, including a Best Actress Oscar nomination for her Lady Di portrayal in Pablo Larrain’s Spencer (2021).

Kristen Stewart’s movie career began at age ten, in a small role in The Flintstones in Viva Rock Vegas (2000), leading to larger roles in Rose Troche’s The Safety of Objects (2001) and as Jodie Foster’s daughter in David Fincher’s Panic Room (2002). Stewart scored her first starring role in Catch That Kid (2004) as well as lead in the Pang Brothers’ thriller, The Messengers (2007), with Dylan McDermott. Stewart continued to work with major Hollywood artists, with director Sean Penn in In the Wild, with Emile Hirsch, Vince Vaughn, Catherine Keener, William Hurt, Marcia Gay Harden, and Jena Malone.

Combined, the worldwide gross of the five-film series is $3.35 billion, turning Stewart into one of Hollywood’s few bankable female stars, illustrated by contrasting her payday for the first Twilight ($2 million) and the combined fourth and fifth entries (an estimated $25 million).

Artistically, Stewart’s high point to date could be 2014, when she appeared with Juliette Binoche and Chloë Grace Moretz in Olivier Assayas’ fascinating drama about acting, Clouds of Sils Maria (which earned her a best-supporting actress award from the top French film awards competition, the Césars), and with Julianne Moore in Wash Westmoreland’s and Richard Glatzer’s drama, Still Alice—each earning Stewart some of her best reviews.

After several minor films which did little to move the box-office needle, including her portrayals of Lizzie Borden in Lizzie (2018), with Sevigny, and of actor Jean Seberg in Seberg (2019), with Jack O’Connell, Margaret Qualley, and Anthony Mackie, Kristen Stewart returned to wide-audience popularity with Charlie’s Angels (2019), written and directed by Elizabeth Banks.

Stewart gained global acclaim and her first Oscar best actress nomination for Pablo Larrain’s Spencer (2021), her much-discussed portrayal of Lady Diana Spencer during a fateful Christmas weekend. Kristen Stewart joined the ensemble of David Cronenberg’s baroque body horror film, Crimes of the Future (2022), with Viggo Mortensen and Léa Seydoux, which premiered at the 2022 Cannes Film Festival. Stewart is set to star in Rose Glass’ Love Lies Bleeding (date to be announced) and scheduled to make her feature debut as writer-director, The Chronology of Water (date to be announced). 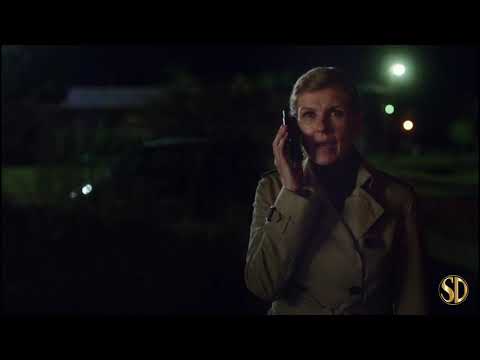 Los Angeles-born Kristen Stewart was raised in the San Fernando Valley by Australian-born mother and script supervisor Jules Mann-Stewart and father John Stewart, who is a TV producer. Kristen Stewart has three siblings—older brother Cameron and adopted brothers Dana and Taylor. Stewart’s parents divorced in 2012. After completing the seventh grade at A.E. Wright Middle School in Calabasas, California, Stewart was remotely schooled and home-schooled during her increasingly busy acting schedule.

She received her high school diploma at age 19 in 2010. Kristen Stewart has been in several relationships, including with actors Michael Angarano and Robert Pattinson, visual effects producer Alicia Cargile, and model Stella Maxwell, and is now engaged to screenwriter Dylan Meyer. Her height is 5’ 5”. Stewart’s estimated net worth is $70 million.

Some Facts About Kristen Stewart

Horror Maven: Despite her association with the horror-fantasy genre with the Twilight series, Kristen Stewart’s favorite horror movie is Stanley Kubrick’s The Shining (1980), and her favorite director is the distinctly non-horror independent filmmaker, John Cassavetes.

Worst?: Kristen Stewart is a five-time nominee for Worst Actress and Worst Screen Couple in the annual Razzie Awards, and is a winner for Worst Actress in 2013 for both Snow White and the Huntsman (2012) and The Twilight Saga: Breaking Dawn—Part 2.

Filmmaker: Stewart competed for a best short film prize at the 2017 edition of the Sundance Film Festival for her film, Come Swim, then made the short, Crickets, for the anthology film, Homemade (2020), and is set to write and direct her debut feature, an adaptation of Lidia Yuknavitch’s The Chronology of Water.

Phobia: Kristen Stewart suffers from equinophobia, a fear of horses.

Loved in France: Kristen Stewart is one of only two American actors (the other being Adrien Brody) to win a César Award for acting.

Coming Out: Stewart came out as bisexual when she was a guest host of “Saturday Night Live” in early 2017.