One of the most successful stand-up comics-turned-movie stars of his generation, Kevin Hart (birthname: Kevin Darnell Hart) has used his short stature as a superpower, playing against expectations in action comedies like Central Intelligence (2016) and the Jumanji series with his favourite movie partner, the big-statured Dwayne Johnson, with whom he also co-starred (via vocal performance) in Warner Animated’s 2022 DC League of Super-Pets.

While establishing himself as a stand-up comedian on stage and on the web, Kevin Hart branched out to the movies in the early 2000s in mostly minor roles (as in Judd Apatow/Steve Carell’s The 40-year-Old Virgin (2005)), along with the repeating role of CJ in Scary Movie 3 (2003) and Scary Movie 4 (2006). Kevin Hart’s first movie in which his name was above the credits with his fellow cast as Russ Parr’s 35 & Ticking (2011), with Tamala Jones and Nicole Ari Parker.

His first starring role was Leslie Small’s and Tim Story’s film of Hart’s live act, Kevin Hart: Laugh at My Pain (2011), shot at the Nokia Theatre in Los Angeles. The story then cast Hart as a co-star in the hit comedy, Think Like a Man (2012), with Regina Hall and Taraji P. Henson, followed by the sequel, Think Like a Man Too (2014). Hart rejoined the team of Small and Story for another stand-up film, Kevin Hart: Let Me Explain (2013).

Hart earned a major supporting role opposite Sylvester Stallone and Robert De Niro as aging boxers in Peter Segal’s Grudge Match (2013). Story’s comedy, Ride Along (2014), co-starring Ice Cube, gave Hart his first significant starring role in a narrative feature, and was enough of a hit to generate a 2016 sequel, Ride Along 2, again with Ice Cube. Hart was part of the ensemble, including Regina Hall and Michael Ealy, of Steve Pink’s Los Angeles-set remake of About Last Night (2014). By 2015, Hart was a confirmed star, toplining Jeremy Garelick’s The Wedding Ringer, with Josh Gad and Mimi Rogers.

Kevin Hart began to co-star in a string of buddy (or non-buddy) comedies with Get Hard (2015), co-starring Will Ferrell. Hart’s first partnership with Johnson came with Rawson Marshall Thurber’s Central Intelligence (2016). Hart co-starred in another hit series, this time as the voice of Snowball in the animated The Secret Life of Pets (2016) and The Secret Life of Pets 2 (2019). Co-directors Small and Story reunited again with Hart for a third stand-up concert film, Kevin Hart: What Now? (2016).

Hart co-starred with Bryan Cranston and Nicole Kidman in Neil Burger’s The Upside (2017), the English-language remake of the hit French drama-comedy, Intouchables. Hart partnered again with Johnson in Jumanji: Welcome to the Jungle (2017), with Jack Black and Karen Gillan, which was followed up with Jumanji: The Next Level (2019), both directed by Jake Kasdan, and taking in a combined worldwide gross exceeding $1.7 billion.

Kevin Hart parlayed his growing movie success into the role of producer and writer with Malcolm D. Lee’s Night School (2018), with Tiffany Haddish. Hart also served as star-producer in Paul Weitz’s Fatherhood (2021), one of his first drama-leaning films, released on Netflix and featuring Melody Hurd and Alfre Woodard. As a tribute to one of his stand-up mentors, Kevin Hart executive-produced Andre Gaines’ thoughtful documentary portrait of comedian-activist Dick Gregory, The One and Only Dick Gregory (2021).

Again on Netflix (as part of his ongoing first-look deal with the streamer), Hart co-starred with Woody Harrelson in the action comedy, The Man from Toronto (2022), then returned to vocal acting and working alongside fellow star Dwayne Johnson (again!) in DC League of Super-Pets (2022). Hart’s first foray into science fiction is the Eli Roth action comedy, Borderlands (date to be announced), with Cate Blanchett, Jack Black, and Jamie Lee Curtis.

Hart stars with Gugu Mbatha-Raw, Jean Reno, and Vincent D’Onofrio in F. Gary Gray’s airborne caper movie Lift (date to be announced). Hart and his longtime directing partner, Tim Story, return in the spy comedy, My Own Worst Enemy (date to be announced). Hart is starring or co-starring in several announced projects, including the follow-up sequel, Ride Along 3, again with Ice Cube. 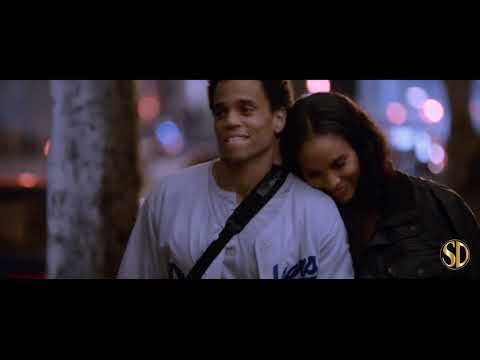 The parents of Philadelphia-born Kevin Hart were Nancy and Henry Hart, but it was Nancy who raised Kevin Hart and his older brother Robert. Henry finally overcame his battle with cocaine addiction, and reconciled with his son Kevin. He graduated from George Washington High School, attending Community College of Philadelphia until he dropped out.

He lived and worked in New York City and Massachusetts as a struggling stand-up comic. Hart was married to Torrei Hart from 2003 to 2011 when they divorced; Hart married again in 2016, to model Eniko Parrish. Hart has four children, including Hendrix, Kenzo, and Heaven. His height is 5’ 2½”. Hart’s net worth is $450 million.*

Jumanji: The Next Level

Jumanji: Welcome to the Jungle

The Secret Life of Pets

The Secret Life of Pets 2

The Man From Toronto

Some Facts About Kevin Hart

AKA: One of Kevin Hart’s nicknames is “Chocolate Droppa,” his recording alias name for Motown Records.

Poker Ace: Hart is a successful poker player, playing in such major tourneys as The World Series of Poker, and serving as brand ambassador for PokerStars, the world’s largest online real money poker site.

Media Mogul: Kevin Hart is the majority owner of Laugh Out Loud, which produces, TV, streaming, and online comedy shows geared to support comedians of color.