From 1994 and his breakout performance in Ace Ventura: Pet Detective to his turn in Michel Gondry’s Eternal Sunshine of the Spotless Mind in 2004, Jim Carrey (birthname: James Eugene Carrey) was arguably the dominant comedy star in Hollywood. His lanky, rubbery physical presence, over-the-top manner, and persistent taste in depicting stupid guys proved enormously popular and nailed the cultural zeitgeist, but it also risked typecasting Carrey as The Dumb Guy, just as much as he was known as The Cable Guy (1996).

With his acclaimed performance as a man caught in an artificial world in Peter Weir’s The Truman Show (1998), Jim Carrey repositioned himself in a way that few comic movie actors have managed to do before or since. Carrey’s stratospheric rise, after a decade of mainly minor supporting roles (though under such heavyweight directors as Francis Ford Coppola, Richard Lester, and Clint Eastwood), was followed by a steady career decline in the past decade. Carrey made somewhat of a comeback with his well-received, mustache-twirling role in Sonic the Hedgehog 1 (2020) and Sonic the Hedgehog 2 (2022).

Jim Carrey had showbiz aspirations as early age 10, when he sent comic queen Carol Burnett his “resume,” claiming that he had mastered many impressions. His family was homeless for a period during his teenage years, and he and his brother John lived for a while in a tent on the shore of Lake Ontario. He left college to develop his chops as a standup comic

Enrolled at Agincourt Collegiate Institute (technically a high school), Carrey dropped out to work in a factory and build a stand-up comedy career. His early impression bits tended to bomb, but his more polished act worked better in Toronto clubs. Good reviews landed him work on the Canadian Broadcasting Company, touring with comic Rodney Dangerfield, and, in a move to Los Angeles, gigging at the talent-rich Comedy Store on Sunset Blvd.

Jim Carrey’s early movie appearances alternated with comedy dates, including three auditions and rejections for casting as a regular on Saturday Night Live. Carrey’s first co-starring role was in the vampire comedy Once Bitten (1985) with Lauren Hutton. He landed a regular spot on the hit ensemble comedy series, In Living Color (1990-1994), increasing his visibility, before his breakout hit (which he wrote) Ace Ventura in 1994.

For the next decade, Jim Carrey became the face of a new, starkly over-the-top comedy style that matched the taste of young moviegoers as well as the level of new developments in visual effects which were first displayed in The Mask (1994), which grossed over $300 million globally. Carrey’s salaries reached unheard-of levels for comic movie stars as one movie after another scored at the box office. These included Dumb and Dumber (1994), his first collaboration with comedy auteurs Peter and Bobby Farrelly; Batman Forever (1995) in which Carrey played an ultra-broad The Riddler; the sequel, Ace Ventura: When Nature Calls (1995), another top earner at the box office.

Jim Carrey was one of the first stars to be paid $20 million for a role when he was cast as The Cable Guy (1996), a darker-toned comedy directed by fellow comedian Ben Stiller. It was yet another hit to score in the nine-figure range of global cume box office. Perhaps Carrey’s most interesting period began in 1998, with Peter Weir’s The Truman Show, his first major critical hit/award-winner/box office hit ($264 million global). He followed this with his audacious portrayal of the outrageous and original comic, Andy Kaufman, in Milos Forman’s Man on the Moon (1999).

Jim Carrey’s box-office streak continued into the new century, with a chain of hit comedies: The Farrelly’s Me, Myself & Irene (2000); How The Grinch Stole Christmas (one of the all-time top-earning Christmas movies, in 2000); and Bruce Almighty (2003), a mega-hit scoring nearly $ ½ billion worldwide. Carrey capped this, and his career, in a beautifully shaded performance opposite Kate Winslet in Michel Gondry’s extraordinary surrealist romance, Eternal Sunshine of the Spotless Mind (2004), for which he BAFTA and Golden Globe acting nominations.

2008 proved to be another excellent year for Jim Carrey and audiences, who turned out for both Dr. Seuss animated feature, Horton Hears a Who! (in which Carrey did voice work) and Yes Man, another high-concept comedy that earned over $200 million worldwide. Carrey’s box-office streak ended, but on a classy note, with the off-kilter drama, I Love You, Phillip Morris (2009) with Ewan McGregor. An attempt at stoking the old Carrey magic failed with the kid-friendly Mr. Popper’s Penguins (2011), and opposite Steve Carell in the dud Vegas comedy, The Incredible Burt Wonderstone (2013).

Jim Carrey has authored a children’s book, How Roland Rolls, and, in 2020, a critically acclaimed memoir fashioned as a fiction, Memoirs, and Misinformation, co-written with Canadian novelist Dana Vachon. 2020 was also the year that Carrey enjoyed something of a box-office comeback as the villain in Sonic the Hedgehog 1, followed by the sequel, Sonic the Hedgehog 2 (2022). During the publicity tour for this movie, the 60-year-old Carrey announced his retirement from film acting. 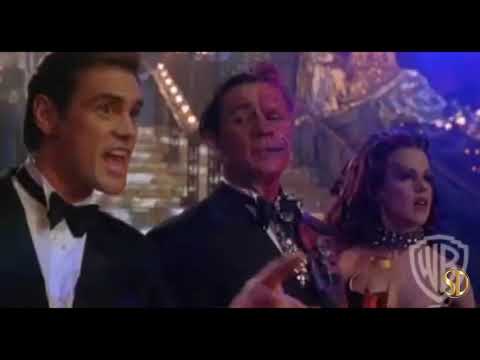 Jim Carrey was in 1962 in the northern Toronto suburb of Newmarket. His parents are Quebec-born Percy and Kathleen Carrey. He has three siblings, Patricia, Rita, and John. He attended Catholic school and Agincourt Collegiate Institute. Jim Carrey has been married twice, to Melissa Womer (1987-1995), and to actor Lauren (1996-1997).

Carrey has been in brief relationships with actors Renée Zellweger and January Jones, singer Linda Ronstadt, the late makeup artist Caithriona White, and comedian Ginger Gonzaga. He was in a relationship with actor-model-celebrity Jenny McCarthy from 2005 to 2010. He has one child (with Womer), Jane Erin Carrey.

Jim Carrey has the condition of depression, stating that he has weaned himself off of Prozac to treat it and takes no medications and stimulants, including caffeine. Jim Carrey announced his retirement from working in the movies in April 2022, with the caveat that he’s “taking a break”* and may return if offered an interesting project. Carrey’s height is 6’ 2”. His net worth is $200 million.

How the Grinch Stole Christmas: 2020 Re-release

Dumb and Dumber To

How the Grinch Stole Christmas: 2020 Re-release

Kathy Griffin: A Hell of a Story

Under the Sea 3D

Some Facts About Jim Carrey

Hands Across the Border: The Canadian-born Carrey became a U.S. citizen in 2004 and is a dual Canadian-U.S. citizen.

Lost part: Carrey was originally cast as Dr. Evil in Austin Powers: International Man of Mystery (1997) but was forced to drop out due to scheduling conflicts.

Record-holder: Carrey claimed the record in 2001 for most MTV Movie Awards won by an individual artist.

Putting in a Word: Jim Carrey wrote the foreword to comic Rodney Dangerfield’s autobiography, It’s Not Easy Bein’ Me: A Lifetime of No Respect but Plenty of Sex and Drugs.

Author, Author: Carrey is the author of two books, How Roland Rolls (2013) and (with co-author Dana Vachon) Memoirs and Misinformation (2020).

Quotable: Carrey commented in an interview, “If you laugh at a fart joke, does that make you a moron? I don’t think so.”

Agitator: Carrey has participated in rallies protesting government requirements for vaccinations and has drawn hundreds of political cartoons, many of them lampooning Donald Trump, and exhibited at the Maccarone Gallery in Los Angeles in a show titled “IndigNation.”

Honorable: Jim Carrey has an honorary degree from the Maharishi University of Management in Iowa.

Which celebrities have been nominated for the most Oscars and never won an aw...

SEE IT: Which Christmas movie was the biggest blockbuster?

SEE IT: Which Christmas movie was the biggest blockbuster?