Jennifer Connelly (birthname: Jennifer Lynn Connelly) made one of the most unusual debuts in screen history: An unknown 12-year-old actor, she appeared for a few minutes in Sergio Leone’s masterpiece, Once Upon a Time in America (1984), but enough to launch a career that quickly led to roles in Connelly’s teens with such legends as director Dario Argento (Phenomena in 1985, in which she had the lead) and Muppets creator and director Jim Henson (Labyrinth in 1986 with David Bowie).

After studying English at Yale and graduating from Stanford with a degree in drama (not to mention a successful run as a model, landing on multiple magazine covers), Jennifer Connelly returned full-time under the direction of yet another legend—Dennis Hopper—in his often overlooked Texas noir, The Hot Spot (1990) with Don Johnson and Virginia Madsen.

Jennifer Connelly jumped into the early phase of MCU in Ang Lee’s ambitious Hulk with Mark Ruffalo (2003), but switched back to a more familiar dramatic registry with superb work with Ben Kingsley in The House of Sand and Fog (2003); with Kate Winslet in Todd Field’s brilliant Little Children (2006); and again with Ruffalo and Joaquin Phoenix in Terry George’s tragic drama, Reservation Road (2007).

Jennifer Connelly slowed her busy pace after this, but picked her spots for prestige projects such as Jon Amiel’s Charles Darwin biopic, Creation (2009), with Paul Bettany; reteaming with Aronofsky and Crowe for the Biblical epic, Noah (2014), which grossed nearly $360 million worldwide; and with actor-director Ewan McGregor for Philip Roth’s New York epic, American Pastoral (2016) with Dakota Fanning.

Like many movie stars in recent years when the superhero genre has inundated the market, Connelly dove in with 2017’s Spider-Man: Homecoming (in a rare vocal performance) and Alita: Battle Angel (2019), with Mahershala Ali and Christoph Waltz. Since shooting her role (replacing Kelly McGillis) with Tom Cruise in 2018 in Top Gun: Maverick (finally released in 2022), Connelly has devoted her energies for only the second time in her career to TV, with the TNT series version of Bong Joon-ho’s Snowpiercer (2020-2022) with Daveed Diggs and Sean Bean. 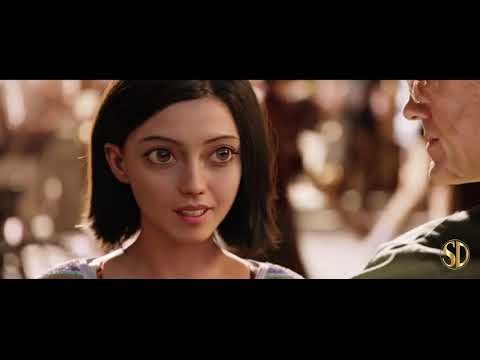 Jennifer Connelly’s parents, clothing manufacturer Gerard Connelly and antique dealer Ilene Connelly raised her in the Brooklyn Heights neighborhood of Brooklyn, though for four years, her family lived in Woodstock, New York. She went to the private school, Saint Anne’s, which had arts focus. Connelly had success as a model, landing on magazine covers including twice in Seventeen magazine. She was extremely studious, attending Yale University as an English major until transferring to Stanford and changing her major to drama.

Connelly had already gained experience working with the likes of Sergio Leone and Dario Argento in her pre-college years and jumped back into film acting after graduation. She was engaged to actor and Rocketeer co-star Billy Campbell in 1991 but then broke up in 1996. She had a son, Kai Dugan, with photographer David Dugan in 1997. Jennifer Connelly married actor Paul Bettany in 2003. The couple has two children, Agnes and Stellan Bettany. Her height is 5’ 6 ½”.

Some Facts About Jennifer Connelly

Recording Star: Jennifer Connelly recorded a pop single in Japan, singing in phonetic Japanese. She went along with a publicity ruse that indicated her fluency in Japanese.

Hometown Gal: Connelly lives with her husband Paul Bettany and her family just four blocks from her childhood home in Brooklyn Heights.