Jake Gyllenhaal (birthname: Jacob Benjamin Gyllenhaal) belongs to a small group of major movie stars who have earned their global stature while playing leads in very few major blockbusters or franchises driving Hollywood box-office growth, such as the Marvel Comics Universe (his only appearance being Mysterio in Spider-Man: Far from Home (2019).

Gyllenhaal’s breakthrough occurred in 2005 as Jack Twist, his Oscar-nominated supporting role (opposite the late Heath Ledger) in Brokeback Mountain. But this year also saw Gyllenhaal delivering impressively opposite Anthony Hopkins and Gwyneth Paltrow in Proof and in Sam Mendes’ adaptation of Anthony Swofford’s wartime book, Jarhead, with Gyllenhaal playing the author.

Although it failed to become a box-office hit, David Fincher’s Zodiac (2007), with Gyllenhaal co-starring with Robert Downey Jr. and Mark Ruffalo, proved to become one of the decade’s most important movies.

After Zodiac, Gyllenhaal solidified himself as one of the most dramatic stars, including a blistering turn as an LAPD cop in David Ayer’s vivid End of Watch (2012), followed by a fascinating pair of movies he made back-to-back with writer-director Denis Villeneuve: Prisoners, co-starring with Hugh Jackman (2013) and the surreal mind-twister Enemy (2013).

His taste for edgy, off-beat roles was amply demonstrated during a busy period including Nightcrawler (2014), earning him SAG and Golden Globe nominations; Jean-Marc Vallee’s Demolition (2015); Tom Ford’s Nocturnal Animals (2016) with Amy Adams; Bong Joon-ho’s Okja (2017), with Tilda Swinton and Paul Dano, who immediately thereafter directed Gyllenhaal in the acclaimed adaptation of Richard Ford’s Wildlife, with Carey Mulligan (2017); opposite John C. Reilly and Joaquin Phoenix in Jacques Audiard’s film version of Patrick DeWitt’s Western black comedy, The Sisters Brothers (2018); as an eccentric art critic with Rene Russo in Dan Gilroy’s Velvet Buzzsaw (2019); and unusual solo performance as a desk-bound cop in the U.S. remake of The Guilty (2021).

Indeed, Gyllenhaal’s choices as an actor seem to violate the norms for top-of-credit stars. His starring roles in big commercial vehicles, like Baltasar Kormákur’s Everest (2015), Michael Bay’s Ambulance (2022) or the Tom Clancy pandemic-themed thriller The Division (2022) with Jessica Chastain, are more the exception than the rule.

At the same time, Gyllenhaal has built a serious stage career, with his Broadway debut in Nick Payne’s play, Constellations (2015), followed by a revival of Stephen Sondheim’s Sunday in the Park with George (2017). He reunited with Payne on Broadway for Sea Wall/A Life (2019). 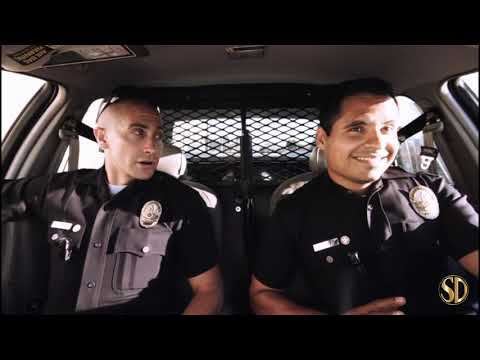 Jake Gyllenhaal was born in Los Angeles to his parent director and poet Stephen Gyllenhaal and writer-director Naomi Foner. He has one sister, actor-director-screenwriter Maggie Gyllenhaal. His godmother is Jamie Lee Curtis and his two godfathers are late actor Paul Newman and cinematographer Robert Elswit.

He has a niece, Ramona Sarsgaard, child of sister Maggie and husband and actor Peter Sarsgaard. His busy philanthropic activities include support for the American Civil Liberties Union, New Eyes for the Needy, Stand Up to Cancer, the Headstrong Project (providing PTSD treatment for veterans), the Anti-Recidivism Coalition, and volunteers in California juvenile detention centres. Jake Gyllenhaal’s height is 5’ 11¾”. His net worth, as of 2022, is $80 million.*

Some Facts About Jake Gyllenhaal

Mitzvah: Gyllenhaal’s Bar Mitzvah was urged by his parents to be held at a homeless shelter.

Fan Base: His group of fans refer to themselves as “Gyllenhaalics.”

Father, Son: His father, Stephen Gyllenhaal, directed Jake in an episode of Homicide: Life on the Street in 1994.

Close call: Gyllenhaal nearly took over the role of Spider-Man from Tobey Maguire, but Maguire recovered from injuries quickly enough to resume the role.

Author, author: Gyllenhaal has played the authors of the books on which the movies were based, not just one, but three times—Homer Hickam Jr. in October Sky, Anthony Swofford in Jarhead, and Robert Graysmith in Zodiac.

Green Man: Gyllenhaal donates money annually to plant trees in a Mozambique forest, and traveled to the Arctic to raise awareness of climate change.

Mindful: Gyllenhaal says he has studied Buddhism and practices mindfulness and meditation daily.

Festival Juror: Jake Gyllenhaal is one of the few working American actors to have served on the juries of the world’s two largest film festivals, Cannes and Berlin.

Cover Guy: Gyllenhaal was named People magazine’s “50 Most Beautiful People” and People’s “Hottest Bachelors” in 2006; picked #10 in Elle (France) magazine’s “15 Sexiest Men” poll;  ranked #35 in Empire magazine’s poll of the 100 Sexiest Movie Stars, 2013; selected as one of the Sexiest Men of the Year by Glamour magazine in 2018.

Oscar siblings: Jake Gyllenhaal and his actor-sister Maggie Gyllenhaal are the only siblings to be both nominated for acting Oscars in the 21st century.

Snubbed: Jake Gyllenhaal belongs to a small club of actors whose performances gained Screen Actors Guild, BAFTA, Critics Choice and Golden Globe nominations yet were not nominated for an Oscar.

Stage-struck: Gyllenhaal has stated that his ideal workload would be one play for every three movies.

Be Prepared: For his preparation for his role in David Ayer’s End of Watch, Gyllenhaal agreed to be Tased and witnessed a murder during a ride-along with LAPD officers.

The Eyes Have It: Jake Gyllenhaal says that he’s “practically blind” without his contact lenses.

Swifted: Jake Gyllenhaal is the subject of Taylor Swift’s song, “All Too Well,” about the couple’s brief romance in 2010.

Below the line: Gyllenhaal has an uncredited position as a Camera Operator on a movie in which he co-starred and was an executive producer, End of Watch.