Harrison Ford (born July 13, 1942) is an American actor. As of 2020, the U.S. domestic box-office grosses of his films total over $5.4 billion with worldwide grosses surpassing $9.3 billion, placing him at No. 7 on the list of highest-grossing domestic box office stars of all time. In addition to his box-office success, Ford is also an Academy Award nominee, a four-time Golden Globe nominee, a three-time Saturn Award winner, and the recipient of the AFI Life Achievement Award and the Cecil B. DeMille Award.

Following the initial phase of his career in bit parts and supporting roles, Ford gained worldwide fame for his starring role as Han Solo in the epic space opera film Star Wars (1977), reprising the role in four sequels over the course of the next 42 years. He is also widely known for his portrayal of Indiana Jones in the titular film franchise, beginning with the action-adventure film Raiders of the Lost Ark (1981), and for playing other characters in different franchises, most notably Rick Deckard in the dystopian science fiction films Blade Runner (1982) and Blade Runner 2049 (2017) and the Tom Clancy character Jack Ryan in the spy thriller films Patriot Games (1992) and Clear and Present Danger (1994). His career spans six decades and includes collaborations with some of the most acclaimed and influential filmmakers of his time, such as George Lucas, Francis Ford Coppola, Steven Spielberg, Ridley Scott, Peter Weir, Roman Polanski and Mike Nichols.

Ford has portrayed heroic characters in other films such as the thrillers Witness (1985), for which he received his only Academy Award nomination, The Fugitive (1993), and Air Force One (1997), as well as the historical sports drama 42 (2013). In addition to heroic roles, he played morally ambiguous and darker characters in films such as the coming-of-age comedy drama American Graffiti (1973), the conspiracy thriller The Conversation (1974), the survival drama The Mosquito Coast (1986), the legal drama Presumed Innocent (1990), and the supernatural suspense thriller What Lies Beneath (2000). Ford has also appeared in several romantic comedies and dramas throughout his career, including Heroes (1977), Working Girl (1988), Sabrina (1995), Six Days, Seven Nights (1998), Random Hearts (1999), Morning Glory (2010), and The Age of Adaline (2015).

Outside of acting, Ford is a licensed pilot who has often assisted the emergency services in rescue missions near his home in Wyoming. He is also a dedicated environmental activist, having served as the inaugural Vice Chair of Conservation International since 1991. 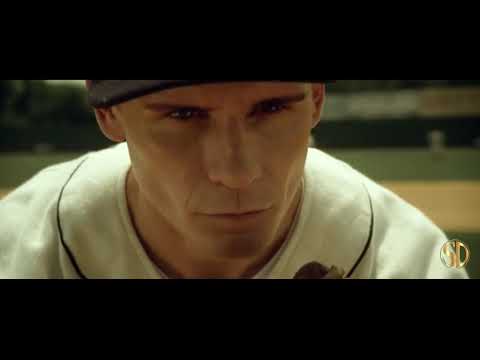 The Age of Adaline

The Call of the Wild

The Secret Life of Pets 2

Indiana Jones and the Kingdom of the Crystal Skull

Harrison Ford will be de-aged in new Indiana Jones film