Long regarded as one of the most important actors of his generation and a trailblazing artist for Black actors and filmmakers in the U.S. film industry, Forest Whitaker (birthname: Forest Steven Whitaker) has earned fairly unprecedented acclaim and awards in three disciplines: Acting, producing (with a remarkable track record of producing talented filmmakers in their debut projects) and as a global activist and scholar for peace and reconciliation studies.

Known for his incongruous blend of tremendous physicality and a calm, tempered, and even sweet nature that comes through in even his most evil bad-guy roles (including his Idi Amin, for which he won the Best Actor Oscar for The Last King of Scotland), Whitaker can certainly be termed one of the richest, most complex actors in cinema. The breadth of his work across a range of genres and styles, as well as his work behind the camera, places him in rarified air, indicated by the Honorary Palme d’Or he received from the Cannes Film Festival in 2022.

Forest Whitaker’s upbringing, mostly in the Los Angeles suburb of Carson, was buttressed by a mother (Laura) who earned two Master’s degrees while raising him and his siblings, as well as his father, also named Forest. Indicative of his “gentle giant” nature, Whitaker’s top passions in school were football and choir, which then transferred to acting as he studied at Cal Poly Pomona and USC. Shortly after graduation, Whitaker landed a role in Amy Heckerling’s Fast Times at Ridgemont High (1982) a movie that proved a professional gateway for several stars, including Sean Penn, Jennifer Jason Leigh, Judge Reinhold, and Phoebe Cates.

His breakthrough part was as a shy pool player in Martin Scorsese’s The Color of Money (1986) with Paul Newman and Tom Cruise. Whitaker’s trajectory after this was astonishing: He was a key part of the ensemble of Oliver Stone’s Platoon (1986) and Good Morning, Vietnam (1987) with Robin Williams, leading to his astonishing debut as a star as jazz master Charlie Parker in Clint Eastwood’s Bird (1988), for which Whitaker won a Best Actor Palme at the Cannes Film Festival.

One of Whitaker’s most indelible roles came under Jim Jarmusch’s direction in Ghost Dog: The Way of the Samurai (1999), in which he plays a Mafia hitman spiritually guided by ancient Japanese traditions. Whitaker joined Colin Farrell and director Joel Schumacher for the successful thriller, Phone Booth (2002) and then Jodie Foster and director David Fincher for another hit thriller, Panic Room (2002).

After a four-year absence from the big screen, Forest Whitaker returned with a bang in The Last King of Scotland (2006), for which his chilling portrayal of bloody dictator Idi Amin scored him a load of major awards (including the Best Actor Oscar and a rare Best Actor trifecta from the top three U.S. critics groups in Los Angeles, New York and National Society of Film Critics.

Whitaker has had an even greater impact as a producer of both made-for-television features and theatrical features, including the debuts films of two of the more successful indie-to-Hollywood directors of recent years: Ryan Coogler and the Sundance Grand Prize-winning Fruitvale Station (2013), and Best Director Oscar-winner Chloe Zhao and Songs My Brother Taught Me (2015). Whitaker has produced several other notable debuts, including Boots Riley’s brilliantly imaginative Sorry to Bother You (2018), with Lakeith Stanfield, Tessa Thompson, and Steven Yuen; Rick Famuyiwa’s comedy-drama Dope (2015); and Rebecca Hall’s critically acclaimed Passing (2021) with Ruth Negga, Thompson, and Alexander Skarsgard. 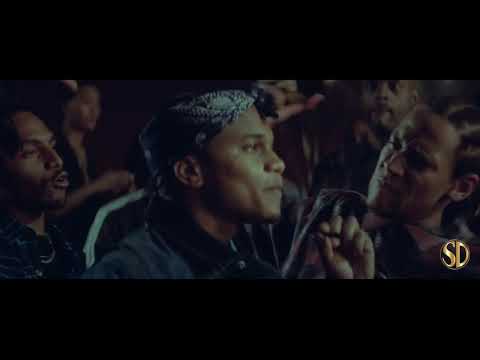 Forest Whitaker was born in Longview, Texas, to parents Laura, a teacher, and Forest Steven Whitaker, an insurance salesman, and was then raised in Carson, a Los Angeles suburb in the South Bay area. At Palisades Charter High School, he was a football player and choir singer and attended California State Polytechnic University at Pomona, where he switched his focus from football to music.

Whitaker toured with the Cal Poly Chamber Singers in the United Kingdom but switched to drama before graduating. He studied opera at USC’s Thornton School of Music and graduated USC with a BFA in 1982. He subsequently studied theater at Drama Studio London. Forest Whitaker was married to actor Keisha Nash from 1996 to 2021. They have four children, including two from their marriage. His height is 6’ 2”.

Some Facts About Forest Whitaker

African Chief: In 2009, Forest Whitaker was named chief in the Igbo community of Nkwerre in Nigeria’s Imo State, where his ancestry is traced from. He has the title of “Nwannedinamba of Nkwerre,” translating as “A Brother in a Foreign Land.”

Peace Scholar: Whitaker is a senior research scholar at Rutger University’s International Institute for Peace, which he co-founded. He earned a degree in the early 2000s from New York University’s Gallatin School of Individualized Study in the study of peace and reconciliation.

Martial Artist: Forest Whitaker owns a Black Belt in the Japanese martial art of Kenpo, and trains in the Filipino martial art of Eskrima, also known as Arnis or Kali.

The Eyes Have It: Whitaker’s unique eyes are due to a condition known as ptosis, or blepharoptosis, which affects his left eye.

Close Call: Forest Whitaker would have been part of the cast of Lost, but opted out when the production of his directorial feature, First Daughter, was green-lit by 20th Century Fox. Whitaker would have played the top role of Sawyer, subsequently played by Josh Holloway.

Whitaker on Whitaker: Forest Whitaker has commented on the three roles that he rates as his highest achievements to date: As Charlie Parker in Clint Eastwood’s Bird (1988); as the title character of Jim Jarmusch’s Ghost Dog: The Way of the Samurai (1999); and as Idi Amin in his Oscar-winning The Last King of Scotland (2006).