Florence Pugh (birthname: Florence Rose CM Pugh) has enjoyed one of the fastest and most acclaimed rises of any actor in English-language cinema. Only five years after her film debut, as co-star (while Pugh was still in high school) along with Maisie Williams in Carol Morley’s atmospheric and well-reviewed The Falling (2014), Pugh was nominated for a Best Supporting Actress Oscar for her role as Amy in Greta Gerwig’s highly regarded version of Louisa May Alcott’s Little Women (2019). Pugh’s stardom rose as the spy Yelena opposite Scarlett Johansson in Marvel’s Black Widow (2021), earning nearly $380 million box office worldwide.

In Ari Aster’s disturbing folk horror drama, Midsommar (2019), opposite co-star Jack Reynor, Florence Pugh made a major impact, arguably solidifying her star status (underlined by Pugh being the big face on the movie poster), and earning her a Best Actress nomination from the Gotham Independent Film Awards. Pugh capped a triumphant 2019 in Gerwig’s Little Women, leading to her first Oscar nomination for Best Supporting Actress. Although Florence Pugh was fairly quiet in 2020, that was because of her ambitious superhero action performance in 2021 in director Cate Shortland’s Marvel movie spinoff, Black Widow, the first MCU movie about a female superhero directed by a woman.

In fall 2022, Pugh made quite a noise in both The Wonder, Sebastián Lelio’s Netflix-released psychological drama co-written by Alice Birch and based on Emma Donoghue’s novel and highly acclaimed at its Telluride Film Festival world premiere, and as the lead of Olivia Wilde’s anticipated thriller, Don’t Worry Darling, with Chris Pine and Harry Styles, which premiered at the Venice Film Festival amidst much controversy about reportedly personal or artistic disagreements between Pugh and Wilde.

Pugh is also a part of the large ensemble of Denis Villeneuve’s Dune: Part Two (2023), the writer-director continuation of his first Dune, with a cast including Timothée Chalamet, Rebecca Ferguson, Josh Brolin, and Zendaya. In the summer of 2022, Florence Pugh was cast in the MCU antihero movie, Thunderbolts (2024), in which Pugh reprises her Yelena Belova spy character opposite Sebastian Stan, Julia Louis-Dreyfuss, and David Harbour. Pugh is attached to the science fiction film, Dolly (date to be announced) and a feature version of Nita Prose’s acclaimed novel, The Maid (date to be announced). 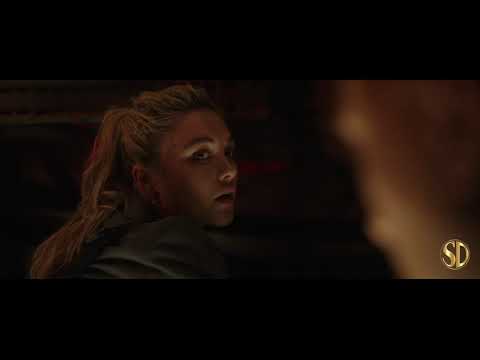 Everything Florence Pugh Eats In A Day

Florence Pugh on the red carpet at the Venice Film Festival

Florence Pugh was born and raised in Oxford, England by parents Deborah, a dancer, and Clinton Pugh, a restauranteur. She has a brother, actor-musician Toby Sebastian, and two sisters, actor Arabella Gibbins, and Rafaela Pugh. When she was very young, Pugh was afflicted with tracheomalacia; her family relocated to the Spanish Mediterranean coastal community of Sotogrande, near Gibraltar, when she was three to help her reverse the condition.

They lived there three years and returned to Oxford when Pugh was six when she first performed on stage. Pugh attended Wychwood School and St. Edward’s School in Oxford. Pugh has been in a relationship with actor-filmmaker Zach Braff since 2019. Pugh’s height is 5’ 3¾”.

Fighting with My Family

Some Facts About Florence Pugh

The Voice: Florence Pugh’s uniquely throaty voice is the result of a tracheomalacia condition she suffered as a child, as well as the insertion of a tube in her throat to help her breathe.

Working with Women: Pugh’s film career has been distinguished by working, from her first movie, with a notable number of women directors, and in some of her most important titles: Carol Morley (The Falling), Jessica Swale, Greta Gerwig (Little Women), Cate Shortland (Black Widow), and Olivia Wilde (Don’t Worry Darling).

Pugh the Singer: Florence Pugh sang cover songs under the name “Flossie Rose” on YouTube, from 2013 to 2016. She also performed on her brother Toby Sebastian’s song, “Midnight.”

Eddie Murphy Is Ready to Return as Donkey in Shrek 5