A wide-ranging artist who seemingly can’t be contained to a single medium or expression, Ethan Hawke (birthname: Ethan Green Hawke) can certainly claim one of the most interesting careers in recent American film. Of course, film acting isn’t Hawke’s only territory: He has made his mark as a published novelist (he’s authored six novels, including a graphic novel), as a stage actor (he’s been nominated for a Tony), as a creator in the expanding cable-streaming universe, and his film work spans acting, directing and screenwriting.

Few American artists currently tick all the boxes that Hawke does, and his work has grown and developed over time: His recent performances, such as his role as a troubled priest in Paul Schrader’s First Reformed (2018), and his recent work as a writer-director, such as the expressive music portrait, Blaze (2018), are among his best.

Ethan Hawke’s breakthrough came early, with The Dead Poets Society (1989) with Robin Williams, and his subsequent work tended toward less commercial and more culturally-relevant, critically-acclaimed and indie-driven projects, such as A Midnight Clear (1992); Reality Bites (1994); the three-film Richard Linklater-Julie Delpy project (Before Sunrise (1995), Before Sunset (2004) and Before Midnight (2013)); Search and Destroy (1995); Andrew Niccol’s Gattaca (1997), with Uma Thurman; plus several additional works with fellow Austin-ite Linklater, including his Western, The Newton Boys ((1998), Waking Life (2001, with Keanu Reeves), Tape (2001, with then-wife Thurman), Fast Food Nation (2006), and most prominently, the intimate epic, Boyhood (2014), which Linklater and Hawke filmed over the course of a decade.

Ethan Hawke’s studio projects tend to be few and far between, but two of his most memorable were gritty cop dramas under Antoine Fuqua’s direction: Training Day (2001), opposite Denzel Washington, and Brooklyn’s Finest (2009) with Richard Gere, Don Cheadle, Wesley Snipes, and the late Michael Kenneth Williams, as well as Fuqua’s remake of The Magnificent Seven (2016), again with Denzel Washington, Chris Pratt, and Vincent D’Onofrio.

Hawke rejoined Pratt (as co-star) and D’Onofrio (as writer-director) for Lionsgate’s The Kid (2019), a retelling of the mythic duel between Pat Garrett and Billy the Kid. He also starred in the badly reviewed but high-grossing launch of the successful franchise, The Purge (2013). One of Ethan Hawke’s most intriguing moves has been two ultra-contemporary versions of Shakespeare with the adventurous independent filmmaker Michael Almereyda, Hamlet (2000), shot in a then-radical video format with Bill Murray, Liev Schreiber, Sam Shepard, Julia Stiles, Jeffrey Wright, Casey Affleck, Tim Blake Nelson; and Cymbeline (2014), with Ed Harris, Milla Jovovich, John Leguizamo, and the late Anton Yelchin.

Hawke’s loyalty to directors Linklater and Fuqua extends to Almereyda, with whom he also starred as radical physicist Nikola Tesla in Tesla (2020), and more recently, in Almereyda’s adaptation of Jonathan Lethem’s novel, Tonight at Noon, with Chiwetel Ejiofor, Lauren Ambrose, Connie Nielsen, and John Hamilton. Typical of his unpredictable choices, Ethan Hawke co-starred with Catherine Deneuve and Juliette Binoche in Hirokazu Kore-eda’s only French film, The Truth (2019), and joined with Abel Ferrara for the Rome-set thriller, Zeros, and Ones (2021); then hatched a Zoom-shot version of Beckett’s Waiting for Godot with Wallace Shawn and John Leguizamo (2021); and then joined the brawny cast of Robert Eggers’ Viking adventure, The Northman (2022), featuring Alexander Skarsgård, Anya Taylor-Joy, and Nicole Kidman.

Ethan Hawke’s work as a screenwriter ranges across indie cinema and television, including his two collaborations with Richard Linklater and Julie Delpy (Before Sunset (2004) and Before Midnight (2013); his film adaptation of his novel, The Hottest State (2006); an original screenplay based on the life of country artist Blaze Foley (Blaze); and as creator and screenwriter adapting James McBride’s novel, The Great Lord Bird (2021).

His non-fiction directorial work includes a documentary portrait of the great acting couple, Paul Newman and Joanne Woodward, The Last Movie Stars, which premiered at the 2022 South by Southwest Film Festival. It’s Hawke’s second documentary about acting: His first was a study of the late Philip Seymour Hoffman, Seymour: An Introduction (2014). As a producer, Hawke is expanding beyond projects in which he’s creatively involved, including Joe Wright’s upcoming drama, Stoner (date not set), starring Casey Affleck. 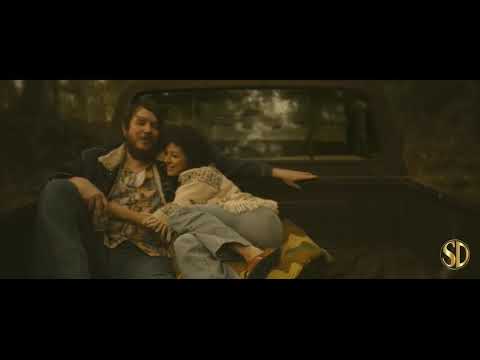 Austin-born Ethan Hawke was raised by parents Leslie and James Hawke until the couple’s divorce when he was 5. His mother took over sole child-raising until he was 11 when Leslie married again in New Jersey. Hawke spent his teen years mainly in the Princeton, N.J.  area, where he attended high school and studied acting on the Princeton campus.

His subsequent studies at Carnegie-Mellon University were cut short by his casting in his breakout role in The Dead Poets Society (1989), with Robin Williams. Ethan Hawke was married to actor Uma Thurman from 1998 to 2004 and had two children, and has been married to Ryan Shawhughes since 2008. The couple has had two children. His height is 5’ 10 ½”.

Some Facts About Ethan Hawke

Island Man: Ethan Hawke owns an island off the coast of Nova Scotia.

Favorite discipline: Hawke has stated that his favorite art form is the theater.

Librarian: Ethan Hawke founded the Young Lions Fiction Award, sponsored by the New York Public Library, and is co-chair of the library’s philanthropy board, the Young Lions Committee.

Ethan Hawke says he’s on his ‘last act’: ‘I only have so much time left’