A definitive leading man of contemporary cinema, Benedict Cumberbatch (birthname: Benedict Timothy Carlton Cumberbatch) has the kind of star power that even in the massive movie machinery of a Marvel Comics Universe vehicle like 2016’s Doctor Strange (and its 2022 sequel, Doctor Strange in the Multiverse of Madness), he is unquestionably the biggest (human) draw for audiences. Almost unique among current movie stars, Cumberbatch has been able to command high critical praise and steady awards attention (he’s twice-nominated for the Best Actor Oscar), and at the same time be the top attraction at such fan-driven events as San Diego Comic-Con and command an intense, international following of female fans who go by the moniker “Cumberbitches.”

Benedict Cumberbatch was at the forefront of British theater in the early years of the 21st century, achieving great acclaim in classical and contemporary roles. One of his great coups was playing Dr. Victor Frankenstein and his creature (on alternating evenings) in the Royal National Theatre’s production of Frankenstein, which earned him the Oliver, the Critics’ Circle Theatre Award, and the Evening Standard Award. He was part of the cast celebrating the National Theatre’s 50th anniversary and made a triumphant stage return as Hamlet at the Barbican Theatre in 2015.

By this point, Cumberbatch had established his star power on film and television, where he became the face of a new kind of Sherlock Holmes in the brilliant BBC series, Sherlock, earning him six British Academy best actor nominations. His breakout year in the movies was 2013, in which he appeared in no less than Steve McQueen’s 12 Years a Slave, August: Osage County, The Fifth Estate (as a spooky Julian Assange), and as Khan in Star Trek Into Darkness. Cumberbatch distinguished himself in a phenomenally wide range of supporting roles in major films, including (as Smaug and The Necromancer) in The Hobbit film series (2012-14), Tomas Alfredson’s elegant adaptation of John le Carré’s Tinker, Tailor, Soldier, Spy (2011), Steven Spielberg’s War Horse (2011), Joe Wright’s Atonement (2007) and Four Lions (2010).

Benedict Cumberbatch’s name may be a mouthful for some, but, in 2014, it took on global reach, with Sherlock reaching huge international popularity and an Oscar nomination for his affecting performance as Alan Turing in The Imitation Game. He then took on the role of Doctor Strange in MCU in 2016, which brought him into the ensemble of Avengers: Infinity War (2018) and Spider-Man: No Way Home (2021), two of the biggest box-office hits of all time. After a brief but striking appearance in Sam Mendes’ ambitious World War I drama, 1917 (2019), Cumberbatch completed a string of wonderful vocal performances in several animated features, including The Grinch (2018) and Mowgli: Legend of the Jungle (2018). 2021 ended in more triumph, with his stunning turn as an emotionally conflicted cowboy in Jane Campion’s acclaimed The Power of the Dog. 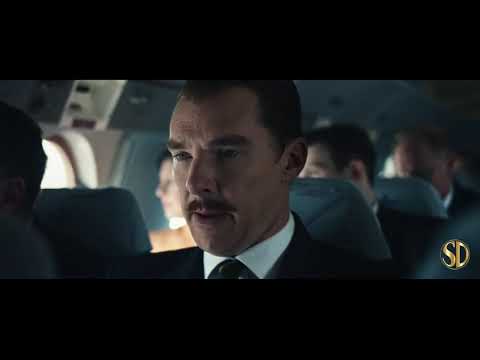 Born in London to parents, actors Timothy Carlton and Wanda Ventham, Benedict Cumberbatch comes from a distinguished family of British war veterans and diplomats. Cumberbatch attended Harrow School, where he was an art scholar and studied drama, then continued his studies at Manchester’s Victoria University, and earned a Masters in classical acting at the London Academy of Music and Dramatic Art. He is married to theater director-playwright-actor Sophie Hunter. The couple has three children. Cumberbatch’s height is 6’.

The Power of the Dog

Doctor Strange in the Multiverse of Madness

Some Facts About Benedict Cumberbatch

How Rich is Chris Hemsworth?

Where to Watch ‘Doctor Strange in the Multiverse of Madness’ Online