Antonio Banderas (birthname: José Antonio Dominguez Bandera) is one of the most successful international film actors of the early 21st century, having risen from the ranks of street and guerilla actors during the fade of the Franco dictatorship era in Spain to one of the top European stars, reflected in the Best Actor Oscar and Cannes Palme award.

Banderas is closely identified as a frequent leading man with filmmaker Pedro Almodovar, with whom he has worked since 1982, in a supporting role in Labyrinth of Passion, starring Cecilia Roth. Indeed, Almodovar discovered Banderas, whose street theater performances landed him a spot with the Spanish National Theatre, and who had previously been arrested by Spanish police for his performance of a play by Brecht in Malaga.

Antonio Banderas and Almodovar followed this with one of their biggest hits, Women on the Verge of a Nervous Breakdown (1988), starring Maura and Julieta Serrano, premiering at the Venice film festival, winning five Goya awards and nominated for Best Foreign Language Oscar. After the Goya-nominated comedy, Going South Shopping (1989), and Vicente Aranda’s crime drama, If They Tell You I Fell (1989), Banderas reunited again with Almodovar for their international hit, Tie Me Up! Tie Me Down! (1989), grossing $8 million worldwide, and marking the first co-starring role with another Almodovar favorite, Victoria Abril, along with Loles Leon, Julieta Serrano, and Almodovar regular Rossy de Palma; the movie made news in the U.S., being one of the first to be released under the then-new NC-17 MPAA rating.

Antonio Banderas began a period of stardom in major studio productions, starting with the Alan Parker-directed version of the Andrew Lloyd Webber musical, Evita (1996), with Madonna and Jonathan Pryce, grossing $141 million worldwide. Banderas then had one of his biggest starring roles in the title role of The Mask of Zorro (1998), with Anthony Hopkins and Catherine Zeta-Jones, earning over $250 million globally.

The lavishly funded but commercial failure The 13th Warrior (1999), directed by John McTiernan, was Banderas’ next starring vehicle, opposite Diane Venora and Omar Sharif, earning only $61 million worldwide. Antonio Banderas’ first movie as a director was the comedy-drama starring Melanie Griffith, Crazy in Alabama (1999), which earned him the European Film Award for Outstanding European Achievement in World Cinema after its premiere at the Venice film festival. Banderas played opposite Woody Harrelson in writer-director Ron Shelton’s boxing movie, Play It to the Bone (1999), but earned only a third back on its $24 million budget.

Antonio Banderas once again starred for Rodriguez in his El Mariachi role in Once Upon a Time in Mexico (2003), opposite Hayek, Johnny Depp, Mickey Rourke, Eva Mendes, Danny Trejo, Cheech Marin, and Willem Dafoe, and earning nearly $99 million worldwide. Banderas had a prestige assignment starring opposite Emma Thompson in Christopher Hampton’s drama, Imagining Argentina (2003), but his next casting was a game-changer—as the voice (in the English and Spanish) of Puss in Boots in Shrek 2 (2004), with Mike Myers, Eddie Murphy, Cameron Diaz, Julie Andrews, John Cleese, and Rupert Everett, and grossing over $928 million.

Antonio Banderas was now in the enviable position for a European actor to have multiple franchise roles, continuing as Zorro in The Legend of Zorro (2005), opposite Catherine Zeta-Jones and Rufus Sewell, and grossing over $142 million globally. Banderas returned to his native Malaga to direct his second feature (this a Spanish-U.K.-U.S. co-production), Summer Rain (2006), from screenwriter Antonio Soler’s book. Under Liz Friedlander’s direction, Banderas starred in the dance film, Take the Lead (2006), with Alfre Woodard, grossing over $66 million worldwide, followed by a supporting role in writer-producer-director Gregory Nava’s drama, Bordertown (2007), with Jennifer Lopez and Martin Sheen.

Banderas resumed his Puss in Boots role (handling English, Spanish and Italian versions) in Shrek the Third (2007), with the continuing cast and new cast mate Justin Timberlake; the movie’s global gross was an excellent $813.4 million worldwide. Despite co-starring with Liam Neeson and Laura Linney under writer-director Richard Eyre’s direction, Banderas’ next drama, The Other Man (2008), failed at the box office with a $1 million gross on a $15 million budget.

Antonio Banderas took on Puss in Boots again in Shrek Forever After (2010), with new cast members Jane Lynch, Jon Hamm, Craig Robinson, Lake Bell, Mary Kay Place, and Kathy Griffin, and once again proving a massive box office hit with a take of over $752 million. Banderas starred under Woody Allen’s direction in You Will Meet a Tall Dark Stranger (2010), premiering at the Cannes film festival and featuring Josh Brolin, Anthony Hopkins, Gemma Jones, Frieda Pinto, and Naomi Watts, and grossing $36 million worldwide. After a couple of failed 2011 projects (The Big Bang and Jean-Jacques Annaud’s Day of the Falcon), Banderas reunited with Pedro Almodovar for the science fiction-themed The Skin I Live In (2011), with Elena Anaya and Marisa Paredes, and earning nearly $31 million after winning four Goya awards and the BAFTA award.

Banderas reunited with Sylvester Stallone for the successful The Expendables 3 (2014), with a huge cast led by Jason Statham, Jet Li, Wesley Snipes, and Dolph Lundgren, taking in over $214 million worldwide. In another animated film, Banderas starred in The SpongeBob Movie: Sponge Out of Water (2015), distributed by Paramount Pictures and earning over $325 million globally, followed by a supporting role in Terrence Malick’s Knight of Cups (2015), premiering at the Berlin film festival and starring Christian Bale, Cate Blanchett, Natalie Portman, and Brian Dennehy.

For Mexico-based director Patricia Riggen, Banderas starred in the true-life drama, The 33 (2015), with Juliette Binoche, James Brolin, and Gabriel Byrne, earning $28 million worldwide. Between 2016 and 2018, Banderas starred in a string of nine little-seen movies, mostly action thrillers, but reversed this trend with a single stroke: His triumphant performance and return to the cinema of Pedro Almodovar with Pain and Glory (2019), co-starring Penelope Cruz, Asier Etxeandia, and Leonardo Sbaraglia, earning Banderas his first Oscar nomination, and grossing over $38 million globally.

Antonio Banderas carried on his revived career with director Soderbergh in the Netflix comedy-drama, The Laundromat (2019), premiering at the Venice film festival, and co-starring Meryl Streep, Gary Oldman, Jeffrey Wright, and Sharon Stone. A box-office dud (Doolittle in 2020) and a failed sequel (Hitman’s Wife’s Bodyguard in 2021) followed for Banderas, but once again achieved success returning to Spain for the arthouse hit ($5 million worldwide), Official Competition (2021), with Penelope Cruz and Oscar Martinez, premiering at the Venice film festival (even though the film references the Cannes film festival!). 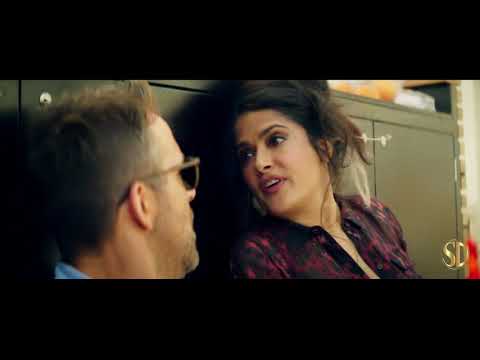 Antonio Banderas Gets Emotional in PUSS IN BOOTS: THE LAST WISH Interview

Antonio Banderas was born and raised in the southern Spanish coastal city of Malaga by his parents Jose Dominguez Prieto (a Guardia Civil officer) and Ana Bandera Gallego (a schoolteacher). Banderas has one younger brother named Francisco. After an injury short-circuited his international football career hopes, Banderas turned to act, helping to establish the ARA Theatre School and continuing his studies at the Malaga-based College of Dramatic Art.

Although he once described himself as agnostic, Antonio Banderas is also an officer in a Roman Catholic religious brotherhood in his native Malaga. Banderas’s first marriage was to Ana Leza in either 1986 or 1988 and divorced in 1996, the same year he married actor Melanie Griffith; the couple has a daughter, Stella del Carmen Banderas. They divorced in 2015. Banderas and Griffith received the Stella Adler Angel Award for philanthropy. Politically, Banderas supports the Spanish Socialist Workers’ Party, and the nationalization of big corporations, and has fundraised for Friends of the Israeli Defense Forces.

Banderas experienced a heart attack in January 2017, followed by heart surgery. Banderas’ business investments include many products made in his native Andalucia region in Spain, as well as making commercials and ads for fragrance and beauty company Puig. Banderas’ estimated net worth is $50 million.

The SpongeBob Movie: Sponge Out of Water

Some Facts About Antonio Banderas

Activist: Politically, Banderas supports the Spanish Socialist Workers’ Party, the nationalization of big corporations, and has fundraised for Friends of the Israeli Defense Forces.

Heart Beat: Banderas experienced a heart attack in January 2017, followed by heart surgery. In an NPR interview in 2019, he described it as a life-changing event, “one of the best things that ever happened in my life.

Antonio Banderas Reveals His ‘Indiana Jones 5’ Character Is an Ally

Puss in Boots: The Last Wish director and Antonio Banderas take us inside the...